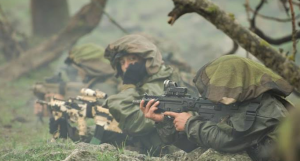 Several hundred IDF combat reservists and officers who organized a committee titled Reservists at the Front are currently working to file a slander lawsuit against the nongovernmental organization Breaking the Silence, which publishes testimonies, often anonymous, about alleged IDF misdeeds. The reservists claim that Breaking the Silence intentionally and consistently disseminates outright lies.

Members of Reservists at the Front who initiated the lawsuit.

Amit Deri, a major in the reserves and one of the leaders of the campaign against the NGO, told Israel Hayom that “over a long period of time we’ve collected facts that prove that Breaking the Silence twists, manipulates and sometimes even lies, slandering IDF soldiers and commanders in Israel and the world.”

“Breaking the Silence has a video clip called ‘Equal Treatment for Prisoners’ that includes the message from Avner Gvaryahu’s testimony [published in the U.K.’s Independent newspaper during Operation Protective Edge] that we abuse prisoners and beat them regularly, as a policy. Members of his [army] team claim that’s a complete lie and that he libeled them.”

The soldiers and officers plan to reach out to Attorney General Yehuda Weinstein this coming week for approval to file the slander lawsuit. Reservists at the Front needs Weinstein’s permission to proceed since the litigants are IDF soldiers.

Reservists at the Front also recently sent a letter to Prime Minister Benjamin Netanyahu in which they wrote, among other things, that Breaking the Silence was indirectly helping the boycott, divestment and sanctions movement. After the letter was received, a meeting was scheduled for Netanyahu and the reservist leaders on Sunday.