A Jordanian man managed to infiltrate Israel on Friday south of the northern site of Hamat Gader. After entering Israel, the man began to throw rocks at passing cars, causing an Israeli driver named Rotem Aharoni to drive off the road. Following the crash, the man ran over to the car and attempted to remove Aharoni and steal the vehicle. Aharoni fought him off until he was scared away by another driver who came to her aid. 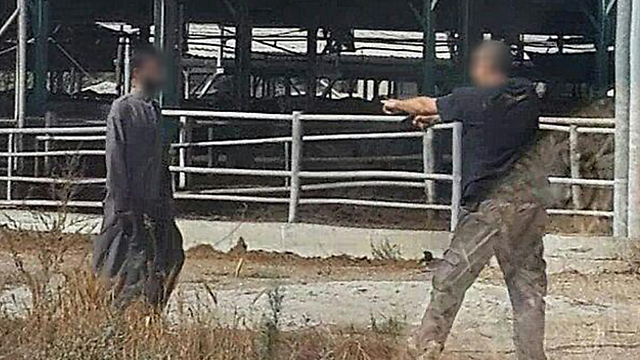 After being alerted of the situation, Israeli security forces tracked down the attacker and apprehended him, during which he was shot and moderately injured outside of Kibbutz Degania Bet. He was then taken into custody and transferred to Poriya Medical Center in Tiberius for treatment.

The IDF has launched an investigation to understand why none of the local army outposts noticed the border crossing, and why the touch-sensitive, indicative fence running through the area did not alert the IDF that an infiltration had taken place.

Following the attack, Aharoni, who suffered from minor injuries, was also taken to Poriya for treatment. The IDF later issued a statement saying that the attacker is thought to be mentally ill.

Wishing to help calm Aharoni and offer his support, an Arab Israeli citizen who was on site came over to her and helped her exit the vehicle. After being taken to the hospital, Aharoni said she wishes to thank “everyone who had given their assistance and called the security forces.”

Following his cross into Israel, the Jordanian infiltrator walked two kilometers deep into the country before he was arrested. The infiltration took place a few kilometers from the border between Israel, Jordan and Syria—an area ruled by al-Yarmouk (the Yarmouk Martyrs Brigade), a Syrian rebel group affiliated with ISIS.

Security officials from the Jordan Valley area claim that the infiltration was the result of a gradual diminishing of the security budget IDF allocates the area.“The IDF has substantially cut back its presence in the region and is instead turning its attention to more distressing parts of the country,” said one source. A local resident voiced his personal concerns, saying that “Though the Jordanian man passed several kibbutzim and walked along the highway, he could just as easily have entered one of the kibbutzim. Our kids are on summer break now, we don’t even want to think what could have happened.”

Emek HaYarden Regional Council Head Idan Greenbum spoke of his own concerns over the incident, saying that “If this guy really is from Jordan, this event needs to act as a big red light, especially since the IDF didn’t know about him. We’re going to have to sit down with the army and get some answers.”