UNRWA: “We are very concerned about the impact of the long-term blockade on health facilities, supplies of medicines & bringing equipment in to Gaza.”

The infant mortality rate in Gaza has risen for the first time in more than half a century, according to the United Nations, raising concerns about the impact of the Israeli blockade on health facilities in the region. 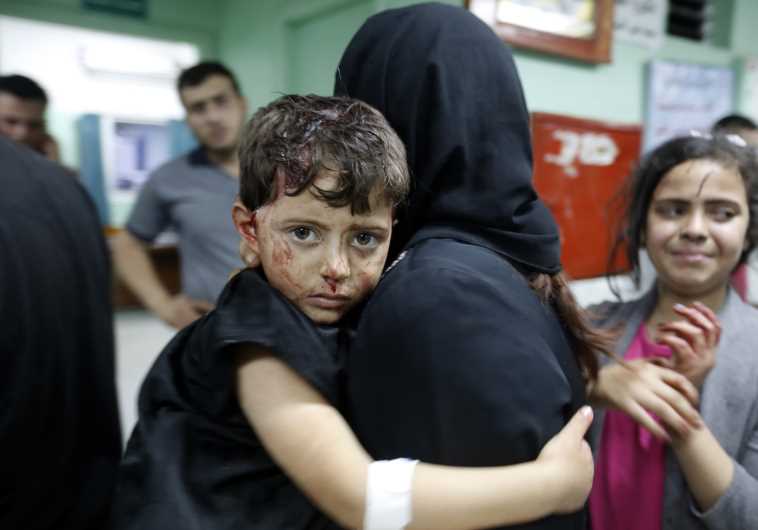 A boy who was injured by an explosion at a Hamas training camp, at a hospital in Beit Lahiya, Gaza. – Photo: AFP

Healthcare in Gaza has also been disrupted by several armed conflicts in recent years, which may have affected the health of infants, according to the UN Relief and Works Agency (UNRWA).

The agency for Palestinian refugees, which conducts a survey on infant mortality across the region every five years, said the upswing was “alarming” and unprecedented in the Middle East.

“Progress in combating infant mortality doesn’t usually reverse… the only other examples I can think of are in some African countries which experienced HIV epidemics,” UNRWA’s health program director, Akihiro Seita, said in a statement.

While the agency was not certain of the exact causes behind the increase in the infant mortality rate, Israel’s blockade of the coastal enclave could be a contributing factor, Seita said.

“We are very concerned about the impact of the long-term blockade on health facilities, supplies of medicines and bringing equipment in to Gaza.”

Israel imposed a blockade on the Gaza Strip after the Islamist movement Hamas won power there in elections in 2006, and both Egypt and Israel maintain tight controls on the movement of goods and people in and out of the territory.

The UN body, which conducted the survey before last year’s conflict, said it would carry out another this year due to the latest findings.
Fifty days of conflict in Gaza between Hamas and Israeli forces in July and August last year killed more than 2,100 Palestinians and 73 Israelis, and left swaths of ruins in the Mediterranean enclave of 1.8 million Palestinians.