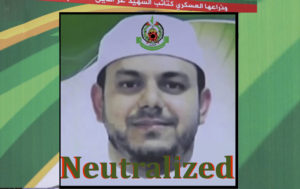 While Hamas and Batsch’s family have pointed the finger at the Mossad, Mohamad Fuzi said it was too early to speculate.

The photographs of the suspects are based on descriptions by witnesses, the police chief told reporters.

Although Mohamad Fuzi made a big deal about releasing the images, and added that alerts have been put out for them at all the country’s exit points, there are potential issues with the photos and the assassins were likely out of the country within hours of the hit.

The photographs of the suspects are based on descriptions by witnesses, but not actual direct photos. While initially Malaysian officials said the suspects were likely European, now officials are showing two light-skinned suspects who may be European or Middle Eastern.

Both men are about 180 cm tall with sturdy builds, the police chief said.

It was unclear if the facial hair on the men would continue to help identify them or if it was grown as a disguise for the operation and may already be shaved off.

Both suspects were on a high-powered, dark-colored motorbike which could be a BMW or a Kawasaki. Both were carrying backpacks and have on dark jackets and helmets, which likely obscured a direct photo of their faces.

The photos showed one suspect wearing a helmet and glasses. It was unclear why the other photo did not show a helmet, with reports of both of them having worn helmets.

A forensic examination found that the victim died of multiple injuries to his head and body. Fourteen bullets were found.

“We will send some of the bullets collected to our analysis experts to determine what kind of weapon was used in this heinous killing,” Mohamad Fuzi said.

He said they were not sure whether the men were still in Malaysia.

“We can’t close off our exits and we don’t have any other information apart from the photofit,” he said.

Deputy Prime Minister Ahmad Zahid Hamidi said on Saturday the suspects were believed to be Europeans with links to a foreign intelligence agency.

Israeli Defense Minister Avigdor Liberman has sent mixed signals about the claims of the Mossad’s role in the murder, saying Batsh could have been killed as part of an internal Palestinian dispute. But Liberman also intervened with Egypt to try to prevent Batsh’s burial in Gaza and expressed greater interest in the murder in general than a party might with no involvement.

Liberman also described Batsh as no saint – similar to code phrases the defense minister used on December 20, 2016 to describe what many assume was a December 15, 2016 Mossad assassination of Hamas and Hezbollah weapons engineer Muhammad al-Zawari.

Zawari was also assassinated in a drive by shooting, allegedly by the Mossad, in Tunis in December 2016, but no real evidence was ever found to identify the shooters.

The Mossad has been accused of several high-profile killings involving Palestinians around the world, although Israel either denies the accusations or does not respond.

The spy agency allegedly killed Hamas official Mahmoud al-Mabhouh in his hotel room in Dubai in 2010.

In another mystery killing of a foreigner in Kuala Lumpur, two women, an Indonesian and a Vietnamese, are on trial for murdering the half brother of North Korean leader Kim Jong-Un by smearing his face with VX, a banned chemical weapon, at the airport in February last year.