In a somewhat unorthodox summer camp in the Gaza Strip, children aged between six and 16 picked up AK-47s and engaged in a series of quasi-military drills, including a lively game of “kidnap an Israeli soldier” in the sand dunes of Rafah.

An AFP correspondent listed some of the activities the Islamic Jihad summer camp offers its enrollees: Weapons use, jumping over fire and crawling under barbed wire, all performed to the tune of exploding charges. 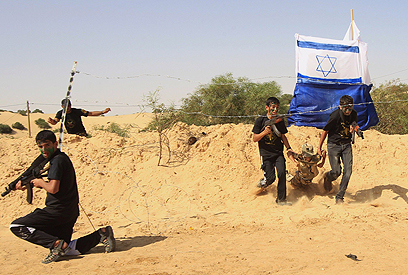 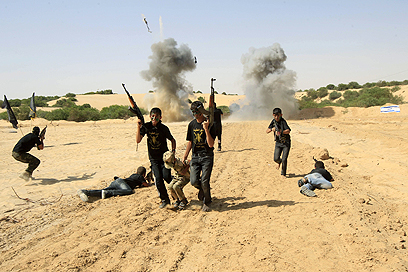 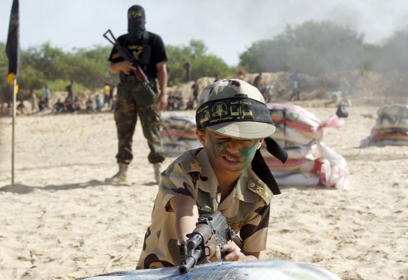 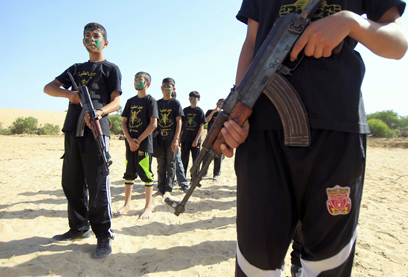 Several photographs released on Wednesday show a young khaki-clad vacationer, his face colored in camouflage, dragged by two gun-toting tykes from an “outpost” adorned with an Israeli flag, in what appeared to be a reenactment of the Gilad Shalit kidnapping. 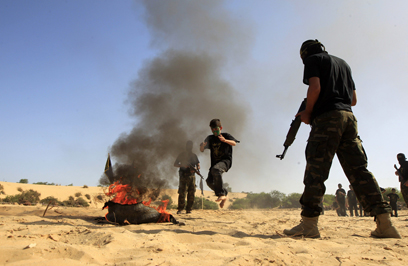 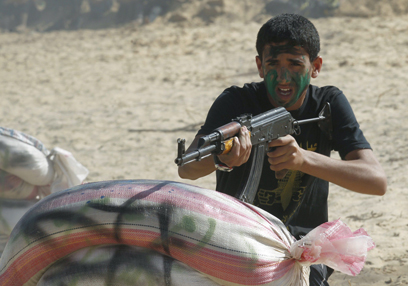 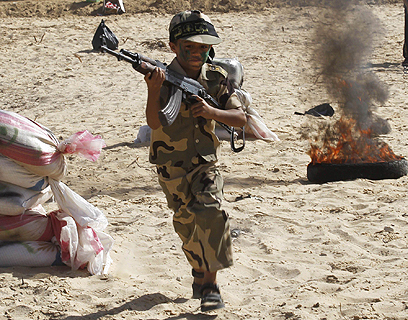 AFP reported that the summer camp organizers expect the participation of thousands between the ages of six and 16.