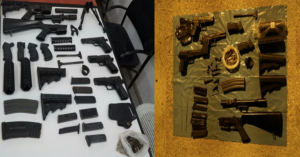 In addition to the 19 wanted Palestinians arrested on assorted terrorism charges during the overnight operation to uncover illegal weapons manufacturing workshops, a number of pistols, weapons parts, cartridges & ammunition were seized. 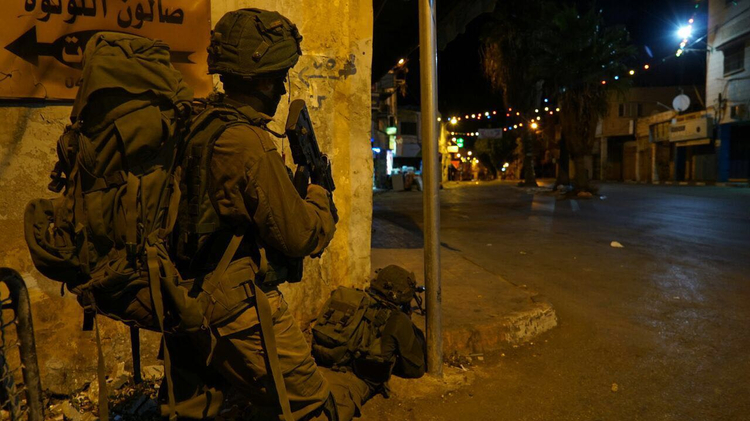 According to a statement from the IDF, two of the workshops were discovered in the northern West Bank city of Jenin and the third in Dahriya in the south.

A number of pistols, cartridges, ammunition and additional weapons parts were confiscated.

Of those arrested, 15 are suspected of involvement in terrorism and mass disturbances and violence towards civilians. The other four are suspected members of the Gaza based Hamas militant group.

The operation came a day after five additional wanted Palestinians were arrested in similar overnight raids.

The raids come as the Israeli military has been increasing its operations in the West Bank in order to root out Palestinian terrorists.

A wave of violence that began in October last year has picked up over the last week and a half, with multiple stabbing and car ramming attacks taking place in the West Bank and Jerusalem.

Israel has bolstered it’s security forces in the West Bank ahead of the Jewish High Holy days, should the spike in violence continue.

Violence since last October has killed 230 Palestinians, 34 Israelis, two Americans, one Jordanian, an Eritrean and a Sudanese national.