According to the expert, “The Iranians have delivered to their Houthi proxies in Yemen advanced UAVs.”

“They are forward deploying or prepositioning these drones in order to stage an attack against a variety of targets they have within range.” 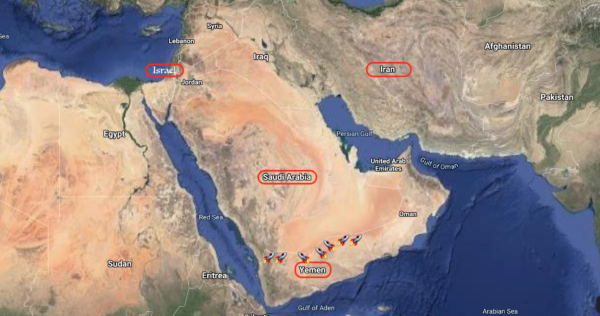 “What they’re trying to achieve is plausible deniability,” the expert added, “as in being able to strike either a U.S., Saudi, Gulf, or Israeli target and then having the strike traced back to Yemen, and hoping for deniably against any kind of retribution.”