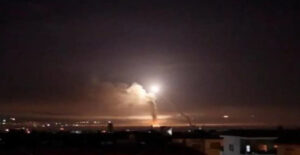 The official Syrian news agency SANA earlier said that, “at around 9:00pm, the Israeli enemy… fired a volley of missiles towards the T4 military airport”.

“The aggression wounded six soldiers and led to some material damage,” it added.

The Observatory said the attack targeted a drone depot at the base.

SANA said the Syrian air defenses hit most of the incoming missiles. 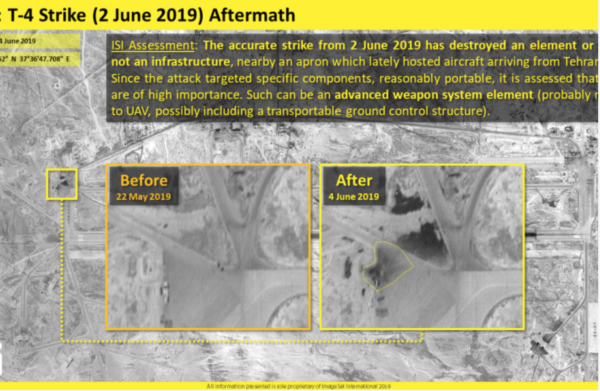 The T4 airbase before and after an alleged Israeli airstrike. – Photo: IMAGESAT INTERNATIONAL (ISI))

Over the past years, Israel is believed to have been behind many strikes inside government-controlled parts of Syria.

Israel has acknowledged it is going after bases of Iran-allied militias, such as the powerful Lebanese militant Hezbollah group fighting on the side of Syrian President Bashar Assad’s forces in the civil war, and suspected arms shipments believed to be bound for the Iran-backed Hezbollah.

However, Israel rarely comments on individual attacks. Hezbollah has sent its members to fight alongside the Syrian government forces for much of the decade-old conflict.

If Iran focused on their own people, their own country, the world would be a much safer place for millions…

Instead, they’re trying to undermine the Saudis by attacking from Yemen. They’re in Iraq & Syria confronting locals. They’re in Lebanon, having changed the demographics from a Christian majority to a Christian minority, they now seek to envelop and control the country. Along with Hezbollah in Lebanon, Iran’s religious fanatics have their tentacles also embedded in Hamas’ ruling of Gaza. 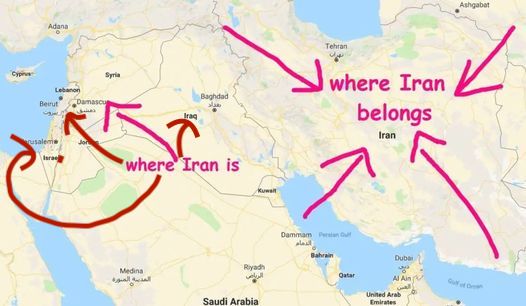 One of the major benefits the Abraham Accords brought to the Gulf States is knowing only Israel has, and will continue to curtail Iran’s plans of regional control by the Ayatollah’s use of chaos, highly armed & well trained militant organizations, financing, political assassinations & political influence.

This was something Donald Trump understood and Biden & Co. doesn’t.