an Israel-based int’l organization, coordinates arrival of children, 1, 4 & 5 at a time to the Israeli hospital.

180 Iraqi children have been treated in Israeli operating rooms in past decade.

Interior Minister Gideon Sa’ar approved Sunday the arrival of three Iraqi children – aged one, four and five – to Israel, in order to receive lifesaving medical care at the Edith Wolfson Medical Center in Holon. The three are expected to arrive at the Israeli hospital within the next few days. 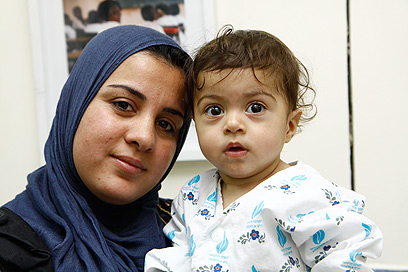 Shama and her mother, from Iraq – Photo: Sheila Shalhevet

Sa’ar approved the children’s entrance to the country on grounds of humanitarian aid, promoted by Save a Child’s Heart, an Israel-based international project, which has so far coordinated cardiac surgeries for some 3,000 children from 44 countries.

Founded in 1996, SACH funds the children’s operations via donations and a special budget by the Regional Cooperation Ministry, headed by Silvan Shalom.

“This work produces a sense of fulfillment that is hard to put into words,” said Dr. Lior Sasson, the project’s lead surgeon and Chief of Cardiothoracic Surgery at the Wolfson Medical Center.

“We save children who would otherwise not have made it, because they could not get treatment. The ability to help parents from countries defined as ‘enemy countries’ and restore their hope after they’ve lost it is not at all obvious.”

Dr. Sasson added that during the Intifada the program continued to treat children from the Palestinian Authority: “Despite the animosity, that channel remained open. It breaks down barriers.”

Himself the son of Iraqi parents who immigrated to Israel when the country was founded, Sasson noted that through the project “We are in fact sowing seeds of peace with the country that my parents left. 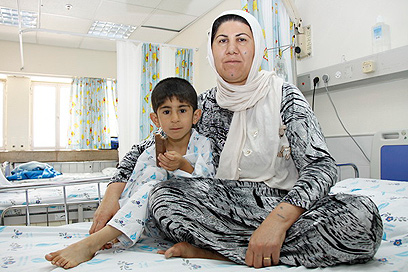 “The father of an Iraqi child treated here in 2005 called me during the Second Lebanon War to see if we’re ok. He wanted to see how we were and was worried about the entire medical staff. It was amazing to me.

Simon Fisher, Executive Director at Save a Child’s Heart, added that “the complexities of bringing in children from countries defined as ‘enemy countries’ depend on the cooperation between the medical staff and the government, but in the end it all proves that human life is above everything.”

Referring to the project’s staff, he stressed: “They build bridges and break stereotypes.”