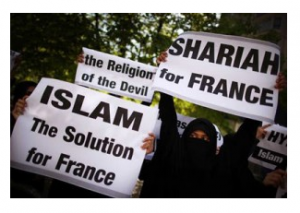 A Jewish schoolteacher was wounded in a stabbing attack in the southern French city of Marseilles on Wednesday night, AFP reports.

The victim has been named as Tzion Saadon, a follower of Chabad in his 50s.

French police said Saadon, a history teacher at a local Jewish day school, was walking in the 13th District of Marseilles at around 8 p.m. when he was violently attacked by three men carrying knives.

According to Marseilles prosecutor Brice Robin, three men on two scooters approached the teacher in the street.

“The three people insulted, threatened and then stabbed their victim in the arm and leg. They were interrupted by the arrival of a car and fled,” Brice told Reuters.

The assailants also professed their support for the Islamic State (ISIS) terror group, with one reportedly wearing an ISIS t-shirt.

The victim’s injuries are not life-threatening, Nunez said, and he was transferred to a local hospital for treatment.

A large number of police officers are combing the area for the perpetrators.

The stabbing comes as France is on heightened alert following the ISIS terror attacks that murdered 129 people in Paris over the weekend.

Matt Wanderman contributed to this report.