An investigation in Egypt is underway into a November 14 incident during which Islamic State members successfully hijacked an Egyptian missile boat. 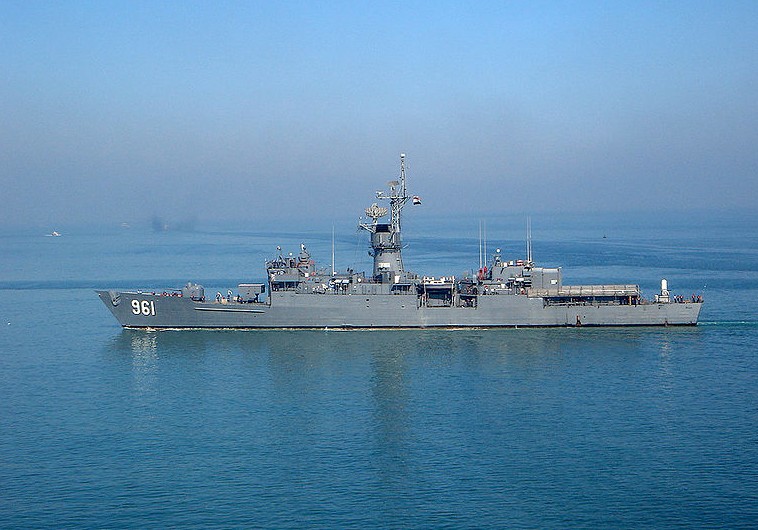 Warship with the flag of the Egyptian Navy. – Photo courtesy: Wikimedia Commons

According to Arab media reports Monday, the assailants planned to then attack and hijack an Israeli ship to use as leverage for the release of Palestinian prisoners.

The incident reportedly took place in the heart of the Mediterranean Sea, by the Suez canal.

The hijacked Egyptian Navy vessel departed from the Port of Damietta in northern Egypt.

An Egyptian report revealed that an Islamic State operative replaced the intended captain by staging a car accident in which the latter was supposedly involved in. Islamic State militants then hijacked the ship as it was departing from the canal.

Egyptian fleet traveling with the overcome vessel began suspecting wrongdoings when the hijacked ship failed to identify itself. Broadcasts from the vessel later revealed the identity of the captain, tying him to Islamic State, and confirming the fleet’s concerns. Egypt then sent out reinforcement boats to the scene.

The hijacked ship was neutralized after an exchange of fire. Eight of the ship’s crew have reportedly been missing since.

An Egyptian military spokesperson issued a statement saying that five soldiers were injured in addition to the eight soldiers declared missing.

According to Egyptian military sources, three Islamic State-captained boats attacked the missile ship by the shores of Damietta. The Egyptian Navy, with the assistance of Egyptian Air Force helicopters, then attacked the three boats, killing some Islamic State fighers and arresting 32 others.

Egyptian military sources say that “The Egyptian security forces are looking into the possibility that a foreign country gave logistical assistance to the Islamic State militants.”

Abu Al-Insaari, a journalist acquainted with Islamic State, said that the hijackers were looking to achieve two goals: “to attack a ship transporting 200 Egyptian soldiers to northern Sinai, and to attack an Israeli ship in order to kidnap it’s crew for use as leverage in negotiations with Israel for the release of Palestinian prisoners.”