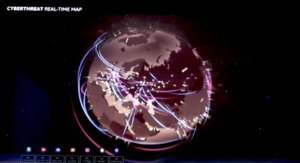 Let’s be honest: The various statements made by politicians in the wake of the attack are nothing more than empty words. The government can approve additional construction in Judea and Samaria, or give Shevach’s home settlement of Havat Gilad retroactive permits, but this will not stop terrorism. If anything, they are those who argue such moves only fan the flames.

Decades of fighting Palestinian terrorism have taught us that the solution lies with a combination of intelligence and operational activity, as well as an effort to prevent ordinary Palestinians from stepping into the world of terrorism, mostly by devising economic solutions.

But nothing guarantees a 100% success rate. Operation Defensive Shield in the West Bank in 2002 went a long way toward eliminating terrorist infrastructure in the area, but it was unable to completely eradicate it. There are enough weapons in the West Bank to make sure any terrorist, regardless of whether he is operating alone or on behalf of a terrorist organization, is able to carry out an attack. Fortunately, the IDF and the Shin Bet security agency are usually able to thwart such plots, for the most part. On Tuesday, they failed.

Past experience has shown that the terrorist will be caught. Security forces are sparing no effort to apprehend him as soon as possible because once an individual crosses the psychological hurdle of committing murder, it is only a matter of time before he kills again.

At the same time, the defense establishment has to examine itself to see whether a weak link caused it to fail in this case and whether improving security infrastructure in the area would make it harder for terrorists to carry out future attacks.

The expectation presented by the residents of Judea and Samaria for absolute security is understandable but it is not realistic, simply because there is no such thing.

Local roads span hundreds of miles; millions of people, Israelis and Palestinians alike, travel them and the defense establishment seeks to afford everyone a normal life. It is always advisable to deploy additional forces and set up more security cameras, but that costs money and lots of it, so any budget appropriated to that effect would necessarily be detracted from something else.

The Defense Ministry is currently working on one of these solutions – the creation of an economic warfare agency to undermine the financing of terrorism.

Most acts of terror, certainly major attacks, are backed by organizations that offer the perpetrators ideological and financial support. Israel has been trying to stifle the funding of Palestinian terrorism for years, but the problem was that until now, every element acted independently.

The actions taken by the Shin Bet, IDF, Mossad, Israel Police, Tax Authority and the Money Laundering and Terror Financing Prohibition Authority in this matter were not coordinated. The new agency, the brainchild of Defense Minister Avigdor Lieberman, is designed to synchronize these operations, thus improving their efficiency.

The economic warfare agency is headed by Paul Landes, the former director of the Money Laundering and Terror Financing Prohibition Authority, who is an international expert in this field. The agency will operate in all the relevant domestic fields, including intelligence, enforcement, regulation and commerce, and opposite the international community.

Moreover, the new agency will enable Israel to turn to other, similar agencies around the world to help it fight terrorist groups. Hezbollah, for example, operates an extensive drug trafficking ring to finance its activities, and Islamic State runs a sprawling criminal enterprise. Undermining these activities will compromise their cash flow and, as a result, their terrorist activities.

Ramallah also foots the bill for Palestinian prisoners’ daily allowance while in Israeli prisons, to the tune of NIS 29 million ($8.5 million) a year.

These figures should outrage Palestinians even more than they infuriate Israelis, especially given that the average monthly salary in the West Bank is $580 and the Palestinian Authority spends more on stipends for prisoners and their families than it does on welfare.

This is part of the campaign Lieberman is spearheading, which also addresses the international community, as a large part of the PA’s budget comes from donor countries. Israel’s effort to show these nations where their money is going has been somewhat successful, as Denmark and Norway, for example, have both toughened funding regulations for Palestinian groups to make sure their money is not used to fund terrorist activity.

If the government is successful in passing the so-called “terrorist wages bill,” which seeks to deduct the PA’s prisoners’ stipends from the roughly $100 million in taxes Israel collects on the Palestinians’ behalf every month, the Palestinian Authority will feel the crunch.

This is likely to make Ramallah cut payments to terrorists, at least temporarily. The terrorists and their families will surely be enraged by this, putting them at greater odds with the rest of the Palestinians, who can barely make ends meet.

The defense establishment believes that the smaller the financial incentive to carry out acts of terror, the slimmer the chance Palestinians will pursue nonideological attacks.

Many Palestinians arrested for attacking Israelis in recent months have admitted they were motivated by the prospect of getting the stipends. They know that carrying a terrorist attack may land them in jail, but it would still improve their lives and certainly their family’s finances. This is not enough to convince the majority of Palestinians to attack Israelis, and the defense establishment’s challenge is to neutralize the minority that believes there is no other way to defeat poverty.

At the same time, Israel is also focused on undercutting Hamas’ financial pipeline. Gaza’s rulers currently enjoy a budget of between $200 million and $300 million a year. About 80% of the money comes from Qatar and Turkey and the rest from Gazans’ taxes.

Hamas earmarks a third of its budget to its military wing, the Izzedine al-Qassam Brigades, which also benefits from direct Iranian aid, to the tune of tens of millions of dollars a year, all of which is dedicated to the terrorist group’s armament efforts.

This financial pipeline is not immune. Israel can lobby donor countries, thwart wire transfers and seize couriers. This will make it difficult for Hamas – and other terrorist organizations – to finance attacks. No funding means fewer attacks and it naturally spells an improved sense of security for the Israeli public.