Israel’s Interior Minister: The 7000 family members of 500 Ethiopian-Israeli IDF soldiers who are still waiting to come to Israel, will be brought ‘home’.

Families of some 500 Ethiopian Israeli IDF soldiers will be brought to Israel, announced Interior Minister Silvan Shalom at a joint meeting between the Immigration, Absorption, and Diaspora Committee and the Interior Committee at the Knesset on Monday. 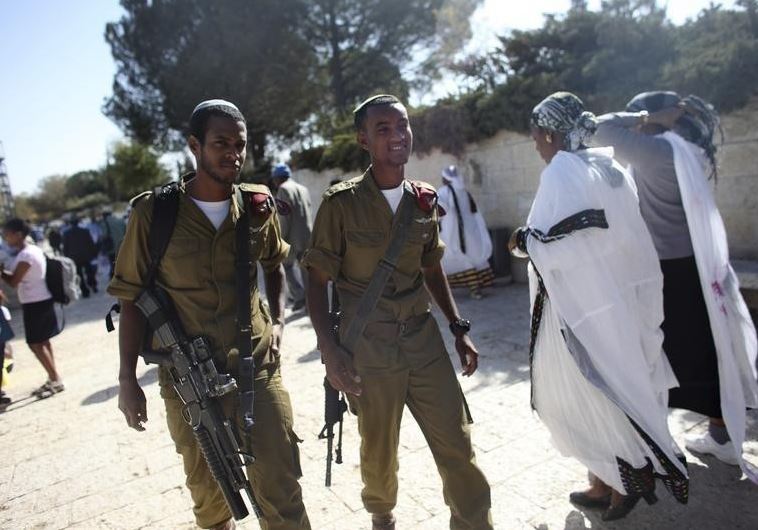 In addition to immediately working to bring the 500 families of the soldiers, Shalom also announced his intent to bring the rest of the Jewish Ethiopian community to Israel, numbering some 7,000 people.

“Up until now, the remainder of Ethiopian Jewry has not been brought [to Israel]. Families have been separated, including children from their parents, and those who remain [in Ethiopia] are left without assistance and without the involvement of humanitarian organizations that have worked there before,” said MK Avraham Naguise (Likud), chair of the Knesset Immigration, Absorption, and Diaspora Committee.

“We call on the government to make a determination – and to bring the remaining [Ethiopian] Jewish community to Israel, immediately,” said Naguise.

MK David Amsalem, chair of the Internal Affairs and Environment Committee, said that it is “inconceivable that Jews want to immigrate to Israel and they are being prevented from doing so. I asked the Interior Minister to act on this issue and update us on the government policy and I intend to act on the matter with all seriousness and find a solution that will grant [Ethiopian Jewry] the right to move to their homeland.”

Shalom responded by saying that “I have a strong will to bring the rest of Ethiopian Jewry [to Israel], and I hope that I will be able to do so in my role as Interior Minister.”

Shalom said that he would go over the lists of Ethiopian Jews waiting to come to Israel, including those who were refused entry in the past. He also noted that he had already met with Cabinet Secretary Avichai Mandelblit on Sunday to discuss pushing forward a government decision on the matter.

“We are talking about only 6,000 to 7,000 people, that Israel should and must contain. [On Sunday] we marked the 9th of [the Hebrew month of] Av, and if not for that destruction, we would already be some 300 million Jews today. At first the families of the [Ethiopian Israeli] IDF soldiers will be brought [to Israel], but I believe in getting our foot in the door and that the continuation of the process will happen in the future,” Shalom added.

Naguise and Amsalem both emphasized that they would follow the progress of the efforts and Naguise added that he would not back off of the issue and would use all means at his disposal to fulfill the promises made at the meeting, including placing personal pressure on the Shalom, Finance Minister Moshe Kahlon, Immigration and Absorption Minister Ze’ev Elkin, and Prime Minister Benjamin Netanyahu.