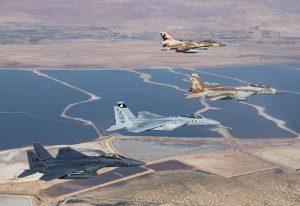 According to a report by Hebrew media outlet Maariv, Israel has sent a clear message to Jordan in past days that Israel will not go through with the terms of the Red-Dead Sea Conveyance Project unless Jordan reopens the Israeli embassy.

The project involves the construction of a desalination plant in Aqaba that will provide fresh water to Jordan and Israel and carry brine to the Dead Sea in order to diminish its rate of decline.‎ Israel has also committed to supplying additional water to Jordan and the Palestinian Authority.

The embattled Israeli security guard at the center of the crisis told police that the Jordanian teen who attempted to stab him with a screwdriver at Israel’s embassy in Amman was nationalistically motivated.

The Israeli foreign ministry has reportedly formed an opinion that there is no point working the Jordanian government while the embassy remains closed and hopes to put economic pressure on Amman.

The ambitious water project has been in the works for decades and aims to provide much-needed water to the parties involved.

For the past three years, there has been no real contact between the Israelis and Palestinians on the matter since December 2013 when Israel, Jordan and the Palestinian Authority signed a water-sharing deal. But then the US current administration began to push the deal forward, perhaps as part of a vision of economic peace in the region leading to a political settlement, leading to its revival in July.

The first phase of the project — with an estimated cost of $900 million — involves building a conveyance system to transfer 300 million cubic meters (10.6 billion cubic feet) of water each year from the Red Sea to the Dead Sea.