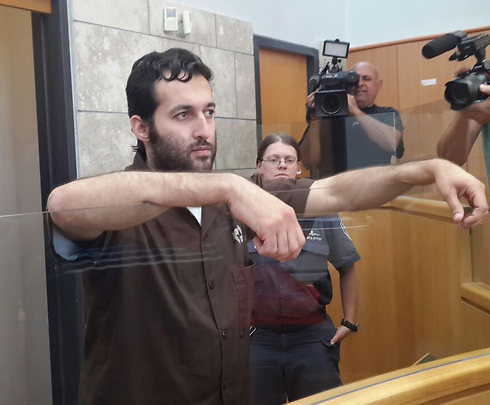 The defense establishment said that it warned Khatib against carrying out such activity a few weeks before his arrest.

Khatib’s attorney said he denies the allegations and claimed that the transferred funds were for residents of the West Bank who worked in Israel.

Khatib was arrested in the beginning of April and was interrogated by the Shin Bet and the northern Central Command unit.

Intelligence information led security officials to believe that the dentist had been systematically transferring funds under the direction of a Hamas militant in Gaza who wanted large funds transferred to Hamas operatives operating in the West Bank.

Khatib was arrested as he was making his way to the West Bank allegedly in order to transfer funds to Hamas members near Ramallah. He was carrying 170 thousand shekels at the time he was arrested.

The Shin Bet claims that during his interrogation, Khatib admitted that he transferred funds from Gaza to the West Bank with orders from a Hamas militant in Gaza, who was in charge of the coordination of transferring the funds.

The Shin Bet also said that during his interrogation the dentist admitted to getting paid to drive Palestinians, who did not have permits, from Gaza to Israel on a daily basis. Khatib’s attorney says he denies these claims.

According to the indictment, a Hamas member named Samir Turk, but known as “Abu Faruq,” instructed Khatib how to transfer funds from Gaza to the West Bank. The indictment also noted that Turk is a known money man in the Gaza Strip who works on behalf of Hamas.

It was written in the indictment: “In light of the restriction of funding transfers from Israel to the Gaza Strip and vice versa, Hamas has used a tactic by which it uses Israeli citizens to transfer funds from Israel to the West Bank. Among other things, the Israelis would pick up funds from undocumented immigrants working in Israel and transfer them to Hamas members in the West Bank.”

The indictment also shed light on how the funding was used. Hamas would reportedly determine how much of the funding would be transferred to the terror organization and how much would be given to families of illegal immigrants living in Gaza.

Khatib reportedly transferred funds on five occasions to various sources, all on Hamas orders and by phone contact with Turk. The indictment further states that Khatib would get a 1000 shekel commission for every transfer.

Jamil Khatib, Malik’s father, said: “This is an inflated file. My son is a successful dentist and everyone knows him. He just transferred money to the families in the Weset Bank of people who work in Israel and not to Hamas. It is true the police warned him and asked him not to continue transferring funds to the West Bank, but he continued to do so because he was sure he was not breaking the law.”