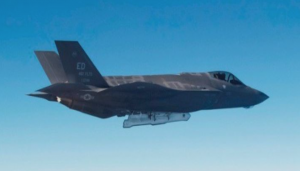 That incident, where Syria downed the Russian plane after an Israeli attack on an Iranian target, triggered a mini-crisis in ties between Jerusalem and Moscow, and led Moscow to transferring S-300 anti-aircraft missile batteries to Syria.

Defense Minister Avigdor Liberman alluded to continued Israeli attacks in Syria during a KAN Bet radio interview earlier this month, saying that just because you don’t hear something, doesn’t meant nothing is happening.”

Prime Minister Benjamin Netanyahu, who said three weeks ago that he would be meeting “shortly” with Russian President Vladimir Putin to discuss the situation in Syria following the downing of the plane, may meet with the Russian leader in Paris at the end of next week.

Netanyahu is scheduled to fly to Paris on November 10 for two days to take part in events marking the 100th anniversary of the end of World War I. French President Emmanuel Macron has invited some 80 world leaders to attend, including Putin, Netanyahu and US President Donald Trump.

Soon after Russia became actively engaged in the Syrian civil war in September 2014, Netanyahu flew to Moscow to set up a deconfliction mechanism between Israel and Russia to prevent accidental confrontation between the two countries in Syrian skies. That mechanism worked well until the incident last month. Russia accused Israel of using their intelligence plane as cover in carrying out an attack near Latakia, something which Israel has flatly denied, saying it was a lack of professionalism that led the Syrians to shoot down the Russian aircraft.