Israel’s Defense Minister Avigdor Lieberman, admits advanced Russian air defense systems are already deployed in Syria but have yet to act against Israel, warning, that should Syria use any advanced systems against IAF aircraft, Israel will retaliate hard.
– Lieberman also rejects the Hezbollah leader’s accusation that the Mossad killed their Arab scientists.

“What’s important to us is that the defensive weapons the Russians are giving Syria won’t be used against us,” Lieberman told Ynet. Continue Reading » Israel criticized the sale, claiming that at least some of the S-300 missiles would likely fall into the hands of the Hezbollah terror group in Lebanon. Continue Reading » 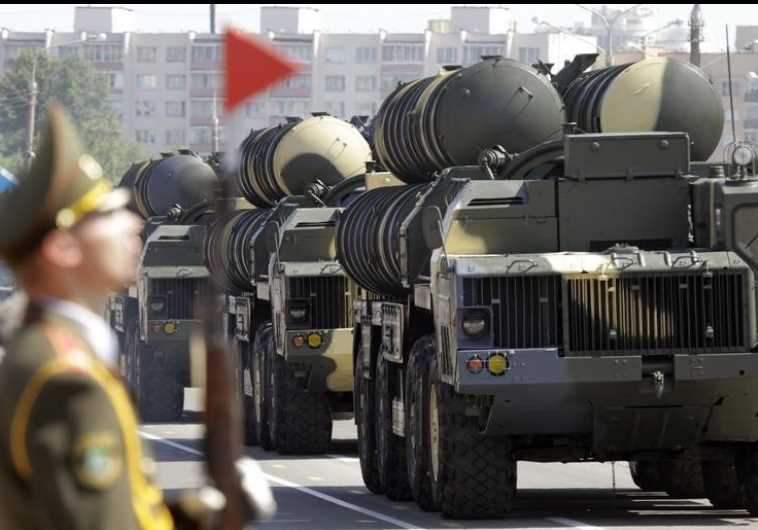 On Tuesday, US President Barack Obama warned that the United States could “penetrate” Iran’s S-300 supply if Russia sold the advanced missile defense system to the Islamic Republic. Continue Reading » “The expansion of cooperation [with Russia] and improving cooperation with other neighboring countries in various fields can be very effective in establishing sustainable stability and security in the region,” Dehqan said, according to Iran’s PressTV. Continue Reading »

Israel is treating Hezbollah’s threat to retaliate to an alleged Israeli airstrike from last Monday seriously.

The Lebanese paper Al Nahar reported that Israel has raised its level of alertness along the border and have sent the Lebanese government a message according to which it views it as responsible for any retaliation launched by Hezbollah from Lebanon. Continue Reading »
Category: Mid-East News | Tags: airstrike, Hezbollah missiles, Israel Lebanon, S-300 Missiles, UN
israelandstuffcom | July 9, 2013
No comments

The Free Syrian Army claimed Monday that the Israel Air Force had destroyed a warehouse holding Russian S-300 anti-aircraft missiles east of the city of Homs in western Syria. The rebels’ claim has not been corroborated by any other independent source.

In a Facebook post titled “The new Israeli strike,” the rebels alleged that “the brave Syrian regime has conceded that a new Israeli strike targeted a warehouse containing Russian S-300 missiles and launchers.

Netanyahu Informs Putin: We will Destroy the S-300s

Israel’s PM warns the Russian President that their weapons to Syria can not, and will not, be allowed to become operational.

Prime Minister Binyamin Netanyahu hinted in a meeting with Russian President Vladimir Putin that if Russia sends S-300 missiles to Syria, Israel will destroy them before they become operational. So reports Maariv based on reports from diplomatic sources who were updated regarding the meeting between the two leaders.

Those present at the meeting were reportedly “shocked” by Netanyahu’s bold language in speaking to the leader of a world power. Continue Reading »

Syrian President Bashar Assad said in a television interview broadcast Thursday that Russia has fulfilled some of its weapons contracts recently, but was vague on whether this included advanced S-300 air defense systems

Assad’s actual comments differed from excerpts the TV station conducting the interview had sent to reporters in a text message on Thursday morning.

In that message, the Al-Manar station owned by the Lebanese militia Hezbollah quoted Assad as saying Syria had already received a first shipment of such missiles. Continue Reading »

Speaking at a convention in Herzliya, Eshel added “there is a clear understanding that such capabilities will produce confidence and aggressive behavior.”

“Aerial superiority is a condition to win and win quickly, and is of great strategic importance. The other side understands that well, which is why Assad, with his low budget, has invested billions into purchasing antiaircraft missiles.” Continue Reading »

WSJ reports: Another set Israeli airstrikes could target a new Russian transfer of Yakhont advanced anti-ship missiles if given to Hezbollah

U.S. officials told The Wall Street Journal on Thursday that another round of Israeli airstrikes could target a new Russian transfer of advanced anti-ship missiles in the near future. Israeli and Western intelligence services believe the Yakhont missiles, which have been sold by Russia to Syria in recent years, could be transferred to Hezbollah within days, the newspaper reported on its website Friday.