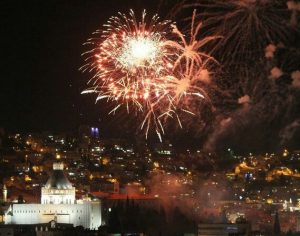 600 million NIS will be invested in tourism, productivity grants for local small and medium businesses, and bringing financial services companies to the region.

Speaking at a ceremony in Ma’alot-Tarshiha, Kahlon said, “We are determined to bring the same standards as are considered the norm in the center of the country to the north as well. The distance from the center of Israel must not mean gaps in services to citizens. It is impossible to speak of a single society without solving once and for all the problem of the link between distance from the center and social gaps. After years of investment in the center and the Negev, the north’s time has come. I am certain that this plan is a large step in the direction of realizing these aims.”

“In the coming years, the north will receive billions of shekels in aid from the government in all areas so that the most beautiful region in the country will be strengthened and will prosper,” Deri added. “I am certain that these large investments will make the north stronger and more flourishing.”