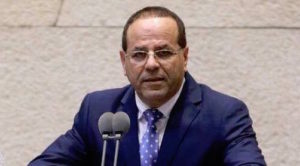 Prime Minister Benjamin Netanyahu recently came out against Al Jazeera in response to its coverage of Palestinian terrorist attacks and rioting in Jerusalem’s Old City, saying that the network is inciting against Israel.

Kara, however, pointed to the broader Middle Eastern context of the move, in that Saudi Arabia and other Sunni countries have called to shut down Al Jazeera entirely, as part of their pressure on the Qatari regime. The countries campaigning against Qatar are not democracies that purport to have a free press.

“We identify with the moderates in the Arab World who are fighting terrorism and religious extremism,” Kara said. “Here in Israel, there is no place for a channel that backs terrorism either. We will act like Saudi Arabia, Egypt, Jordan, Bahrain and more, which expelled the inciting channel from their countries.

“We need to join forces and cooperate in the war against channels that preach terrorism,” he said.

Coalition chairman David Bitan is also working on a draft of a bill to close Al Jazeera’s offices in Israel, but his spokesman said it won’t continue if Kara puts forward legislation.

The Foreign Press Association, of which Al Jazeera journalists in Israel are members, said most have Government Press Office identification cards, which means they are government-vetted.

“Changing the law to shut down a media organization is a slippery slope,” the FPA said.