According to a report by Channel 12 Tuesday, MK Ze’ev Elkin warned Gantz that if the new government does not create a special force, independent of the Israeli Defense Ministry, to handle illegal Arab construction in Area C of Judea and Samaria, his party will topple the government.

Currently, enforcement of building laws in Area C of Judea and Samaria is handled by the Civil Administration, a division of the Defense Ministry. 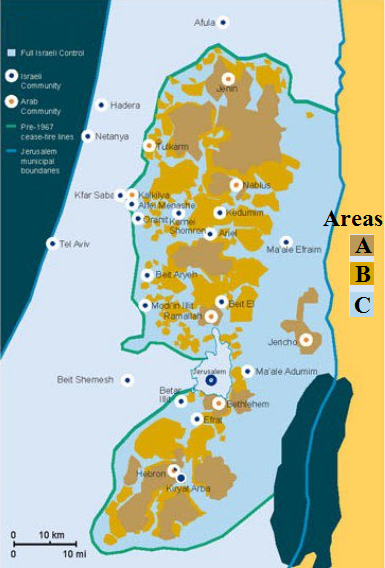 Areas A, B, C map of Judea and Samaria

New Hope MKs have claimed that both Yamina chief and incoming Prime Minister Naftali Bennett and Yesh Atid chairman and alternate prime minister-designate Yair Lapid have agreed to the proposal.

But sources close to Defense Minister Gantz say Blue and White had reached an agreement with coalition partners that authority over law enforcement in Area C would remain under the purview of the Defense Ministry.

The debate has led to growing tensions between Elkin and Gantz, with Elkin reportedly warning Gantz Monday that: “without this, the government won’t be formed.”