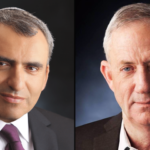 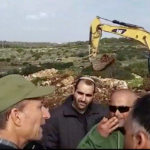 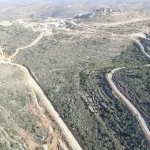 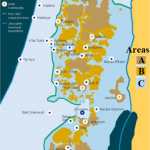 With 32 global crises, Israel blasts EU for being ‘obsessed’ with demolition of illegal structures

Jerusalem accuses the E.U. for being ‘obsessed’ with Israel’s court sanctioned demolitions of illegal structures, instead of focusing on any of the 32 humanitarian crises around the world.

In a sharp criticism of the European Union on Tuesday, Israel’s Foreign Ministry accused Europe of focusing more time and energy on Israel’s West Bank demolition plans, than the mass of humanitarian crises happening all around the world, reported Haaretz.

“There are 32 humanitarian crises around the world, but the EU chooses to disproportionately focus only on what is done in Area C of the West Bank, which are most definitely not suffering a humanitarian crisis,” the Foreign Ministry’s EU department director Avivit Bar-Ilan reportedly said, adding that she was “astounded” at the EU’s obsession with the demolitions in Area C, which is the part of the West Bank wholly under Israel’s control. Continue Reading » 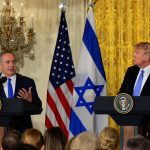 Among the structures demolished were houses, storage spaces and several temporary structures, leaving some of the residents there homeless.  Continue Reading »

Grave findings regarding illegal Palestinian construction in Area C (the part of Judea & Samaria that’s under full Israeli military & civil control, according to the Oslo Accords) were presented on Wednesday at a meeting of the Knesset Foreign Affairs and Defense Committee’s Subcommittee on Judea and Samaria. Continue Reading »

The NGO B’Tselem charged that the temporary structures in the herding communities housed 14 families who are now homeless and have no shelter from the harsh sun.

But the NGO Regavim which monitors illegal Palestinian construction, said that none of the structures which were razed had housed families. Continue Reading »

The blue EU logo seen on new modular structures in an illegal Bedouin encampment in the Judean hills outside the Ma’alen Adumim settlement.

“We condemn today’s demolition of temporary shelters funded by the European Union… as part of its response to the needs of the affected communities,” an EU statement said.

EU funds have helped to pay for some 200 temporary buildings used as shelters in villages inhabited by Bedouin communities in the West Bank, just outside Arab east Jerusalem. Continue Reading »

The EU is building hundreds of illegal structures in the West Bank, which the government has not removed in order to avoid a diplomatic tangle with the Europeans, according to a report released Friday by the NGO, Regavim. The structures are being built near Ma’aleh Adumim and its E1 area.

The blue EU logo seen on new modular structures in an illegal Beduin encampment in the Judean hills outside the Ma’alen Adumim settlement.