Justice Minister Ayelet Shaked plans on placing responsibility on parents that encourage stone-throwing kids under the age of 12, by levying heavy fines to keep them from exploiting the children as a tool in the terror machine.

Justice Minister Ayelet Shaked published on Thursday evening a legal memo that will introduce heavy fines for parents of stone-throwers under the age of 12. The aim of the memo is to give law enforcement agencies the tools to address criminal activities that are carried out by children who are under the age of criminal responsibility. 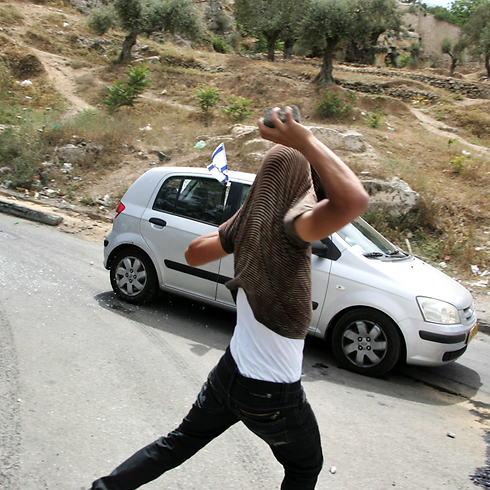 “In the absence of tools with which to tackle the phenomenon of child terrorism, I am proposing a law that will impose obligations on parents whose children misbehave,” Shaked said. “This is an effective and balanced law that will assist with defining a parent’s responsibility for their child.

“If you bring children into the world you are responsible for their education,” Shaked added. “Children will no longer be tools in the hands of the terror machine.”

According to the new law, an authorized officer who believes that a child below the age of criminal responsibility has thrown stones, or has otherwise caused serious damage, will order the minor’s parents to supervise their child and make sure they do not carry out any further such activities.

If the authorized officer is persuaded that the child has subsequently engaged in another such activity, he must then ask the court issue a command for the parents to pay a fine.

Before taking the case to court, the parents will be given the opportunity to pay the fine without a court decision. According to the law, however, the court will be permitted to order a nominal amount to be paid if it is found that the parents did everything in their power to prevent their child from carrying out the illegal activity.

Some of the stone-throwing attacks during the current wave of terror have been carried out by children who cannot be subjected to criminal proceedings. On Tuesday, two Palestinian children – 11 and 14 years old – stabbed a security guard onboard the light rail in Pisgat Ze’ev, Jerusalem. The security shot and seriously wounded the 11-year-old. The 14-year-old tried to flee and was caught.

Another attack in Pisgat Ze’ev a month ago was also carried out by two minors, one of whom was 13 years old.

At the beginning of the month, Shaked’s bill to set a minimum sentence for stone-throwers passed its second and third readings in the Knesset. 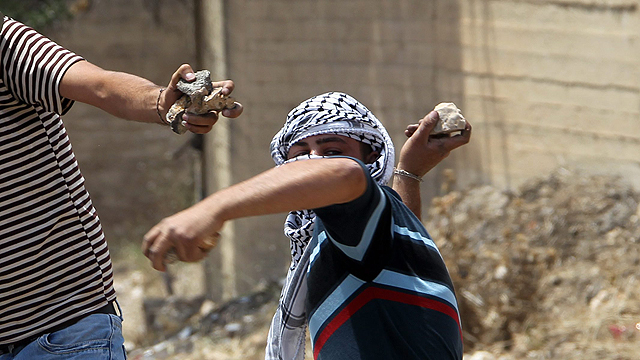 A Palestinian demonstrator about to throw a stone near Hebron. – Photo: EPA

The law stipulates that intent to cause harm by stone-throwing is proved in court, the perpetrator will spend two to four years in jail. The law passed with a 51-17 majority and is part of an overall government plan to increase the severity of punishments for stone-throwers, following the lethal accident that killed Alexander Levlovich, who lost control of his car after it was hit by stones.