Since the end of the operation in Gaza, Israeli Naval units have intercepted multiple attempts to smuggle contraband to Hamas.

The Israel Navy has intercepted multiple attempts to smuggle weapons manufacturing material into Gaza since the end of the war in August, a senior navy commander told The Jerusalem Post on Thursday.

Cmdr. Eli Soholitski has commanded the navy’s Squadron 916 for two years. Squadron 916, the navy’s largest formation, is responsible for defending the whole sector from Ashdod to the Gaza Strip, and was involved heavily in the 50-day conflict with Hamas and Islamic Jihad last summer.

He is about to take command of Squadron 32, a missile-ship formation, that secures the northern naval sector.

“Our vessels are ready to go into offensive missions at any time. There have been more than a few attempts to infiltrate the naval closure. We’ve conducted activity against vessels that violated the closure,” Soholitski said.

Hamas fires rockets into the sea every few days, as part of its weapons upgrade program. The launches are used by Hamas arms designers to experiment with various projectile models.

The experiments naturally have attracted the attention of the Israel Navy.

“They are doing experiments and checking their rockets.

This is a part of their domestic weapons production. We did not doubt, at the end of the war, that their focus would be on building more weapons. We monitor every such launch, noting the quality of the rocket and its range,” Soholitski said.

This type of naval intelligence forms a central component of the IDF’s ability to map out future threats, he stated. “We won’t fight Operation Protective Edge again. The next war will be different. On any given day, we have intelligence-based targets that we can attack.”

“We continue to see attempts to smuggle weapons or material to build them. The sea is a very convenient platform for smuggling.

The terrorists still have one big smuggling tunnel, and it’s called the Mediterranean,” said Soholitski.

Asked if the blockage of smuggling tunnels that linked Sinai to Gaza could lead to an increase in naval-smuggling attempts, Soholitski answered in the affirmative.

“In the end, our area of coverage is very big. This requires us to be professional and ensure that smuggling doesn’t happen. We need to invest in technological resources to achieve this and in people. There are no computers that can do this job without the eyes of a navy controller. Nothing is automatic. People are central to all of this,” he said.

The officer paid tribute to what he described as unprecedented cooperation between the navy and IDF ground forces during Operation Protective Edge.

“We’ve never worked so closely with ground forces. The Ashdod Arena Command Post managed the combat,” he said, noting that Squadron 916 killed some 120 terrorists in Gaza through seabased strikes.

“The activities of Squadron 916 did not begin with Operation Protective Edge. Most of the time, we are not in the headlines, but we are carrying out Sisyphean tasks around the clock, preventing arms transfers and blocking elements that can threaten our security. It’s a heavy workload,” he continued.

The squadron is made up primarily of Super Dvora Mk III and Shaldag-class fast patrol boasts.

It is also backed by Sa’ar-class missile ships and the Snapir unit, which uses small Wasp-class boats to provide port security and provides close-range anti-infiltration coverage.

“On a daily basis, we have to distinguish between innocent Gazan fishermen who are out at sea to make a living and elements that use these same vessels to penetrate the closure. We enforce a six-mile fishing zone, as set by the government. Right after the war, hundreds, if not thousands, of boats from Gaza tried to sail past the zone,” Soholitski recalled.

“Simultaneously, the squadron must continuously train for the next war,” Soholitski added. “We need to be ready for all scenarios.”

The existence of gas-drilling platforms in the Mediterranean only increases the squadron’s workload, due to the need to also protect these attractive targets from Gaza-based terrorists.

During the Gaza conflict, the squadron switched from ongoing security missions to offensive roles, and acted on intelligence to attack targets along the Gazan coast, as well as carrying out strikes deeper inside the Strip. 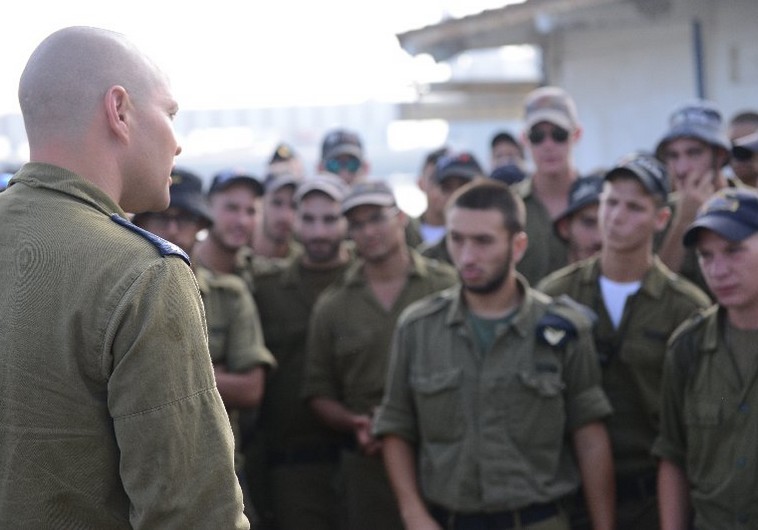 The role of navy controllers, who monitor radars and electro- optical sensors, is critical, he stressed.

“Weapons on board boats heading for Gaza have been intercepted thanks to the controllers.

“Our success is completely dependent on our people. The individual controllers on duty carry a lot on their shoulders.

They come with high motivation to the Gaza sector. We don’t have to explain to them why they are here.”

On most days, Squadron 916 engages in coastal security missions off Gaza, using the Dvoras and the Shaldags.

“The difference between the two boats lies in who manufactured them. Shaldag is made by Israel Shipyards Ltd. and the Dvora is made by IAI-Ramta.

Both can reach a speed of 45 knots, which is very high at sea,” Soholitski explained, enabling them to intercept suspect vessels swiftly.

Soholitski said the squadron’s need for unmanned surface vehicles (USV), and the capabilities of these platforms, are growing.

“We use them in special activity, both for coastal security and to initiate operations. If I look at the future of the 916 Squadron, the unmanned world will definitely be a part of it. USVs are only improving,” adding that they reduce unnecessary risks to sailors.

“We provided close support to brigades operating in northern Gaza. For example, one of our vessels provided cover fire for a company commander who was under mortar attack, striking the terrorists.”

Missile ships are also a part of the squadron and took part in the offensive.

Prior to the war, the navy integrated its command and control system with the IDF’s Ground Forces. This linkage paid off during combat, Soholitski said.

“The Dvora boats helped battalion and company commanders build up a picture of what lay ahead,” he stated.

“We’re seeing upgrades in our firepower from one mission to the next. The area of precision-guided missiles has improved significantly and we saw the results,” Soholitski said.

Every location in Gaza targeted by the navy saw a decrease in rocket attacks on Israel, he added.

Summing up his two years as squadron commander, Soholitski said he feels a “huge pride that I could command such quality people. As commander, the squadron helped me learn about my own personal qualities and how I perceive offensive operations.

It enabled me to understand what leadership is.”

Looking ahead to his mission as commander of the northern missile ship squadron, the officer said: “This unit [Squadron 32] is preparing for war all of the time. It can operate in any sector… and it carries out operational activity that cannot be discussed. This year saw many operations.”

In the North, Soholitski will seek to improve his new squadron’s sea-to-sea, and sea-to-land attack capabilities.

“We have a lot of work in the coming years. I’m happy that I’ve been given the opportunity to do this,” he said.