The proposed revised legislation provides for up to 20 years incarceration for any individual who throws a rock/projectile at any vehicle with the intent to cause harm.

Justice Minister Ayelet Shaked on Thursday announced that she will be aggressively pushing forward with legislation to increase the penalties for persons throwing rocks with fast-track consecutive meetings with the Ministerial Committee on Legislation starting on Sunday. 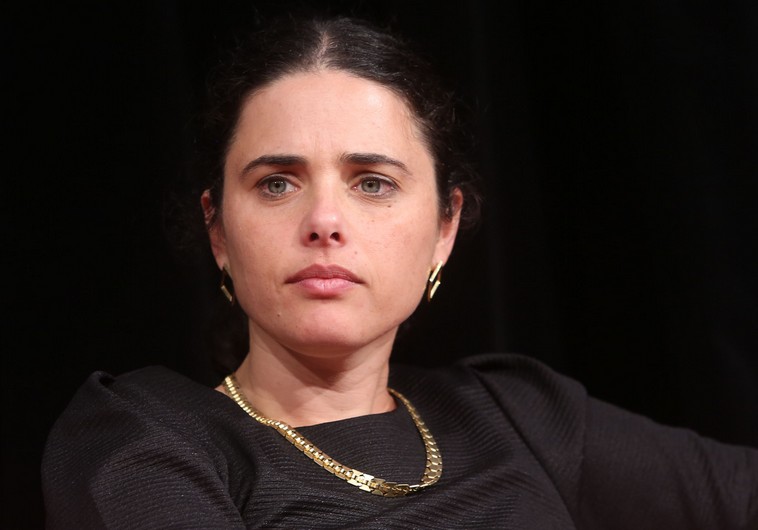 Little detail was provided by Shaked’s spokeswoman, but she confirmed that the legislation would be similar to that which former justice minister Tzipi Livni had started to push forward.
In November 2014, the cabinet approved an amendment to the criminal law that, if passed by the Knesset, would increase the maximum penalty for people who throw rocks at vehicles to 20 years in prison.

Also, in November 2014, Culture and Sports Minister Miri Regev and Shas MK David Azulay sponsored a parallel bill which passed its first reading in the Knesset.

However, before the initiative got any further, the Knesset dispersed, which means that the initiative must start the legislative process from square one.

At the time, a Justice Ministry spokesman confirmed that there had been no change in the long-standing policy for prosecutors to seek three months of prison time in average cases involving rock-throwing minors.

Although the ministry spokesman noted that the bill that received government support addresses all rock-throwers and that the policy applies only to minors, the vast majority of rock-throwers are in fact minors.

The government had been trying to curb the problem that has especially plagued the capital, as rioters in east Jerusalem had targeted the light rail, as well as buses and private vehicles, with stone-throwing and other violence.

The proposed amendment to the law provides for up to 20 years in prison for an individual who throws a rock or other projectiles at a vehicle with specific intent to harm.

The amendment provided for up to 10 years jail for a rock-thrower who damages a vehicle and as a consequence endangers the life of a passenger or bystander, but does so without specific intent to harm.

A June 2014 draft of the preamble to the amendment complained that regarding punishments, the current law does not sufficiently distinguish between dangerous rock-throwers, specifically those who attack moving vehicles, and less dangerous ones (such as one who might throw small rocks at stationary soldiers from a distance).

The preamble said that whereas low-grade rock throwing, as described, may pose very little danger to a soldier, dangerous rock throwing at passing vehicles has led to deaths and serious injury and deserves harsher punishment.

It complained that dangerous rock-throwers are sometimes getting short sentences, such as several months in jail, because the current law requires proving a criminal’s specific intent to harm people, not just that the criminal threw a rock.

Until now, those who committed other crimes – such as attacking a police officer – were charged with offenses that carried lesser sentences.

If the amendment becomes law, a court will be able to sentence a person to five years in prison for the specific crime of throwing stones at police patrols.

Around 1,000 indictments for stone-throwing are submitted each year, the preamble noted.

In addition to east Jerusalem, for years one of the largest categories of offenses in the West Bank has been rock-throwing, including a few cases that led to death, such as the Asher Palmer attack, or that which wounded, eventually fatally, baby Adele Biton.