“I felt extreme exhilaration, especially since this is the first European championship ever held in Israel. Over the years I learned a lot, the most important thing being: ‘Just be yourself! Hard work pays off and you will eventually achieve outstanding results,” said Israeli gymnast Tori Filanovsky. 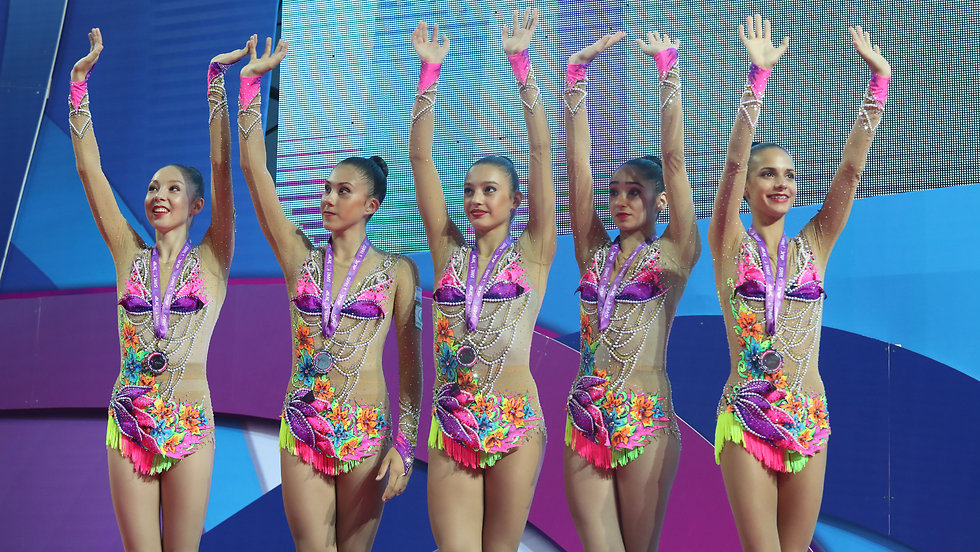 “Congratulations to the Israeli rhythmic gymnastics team who gave us a gold medal in the european championship,” Ksenia Svetlova, an Israeli-Russian member of Knesset, wrote on her Twitter account. “The investment definitely payed off. Investing in more fields of sport will also pay off!”

Additionally, junior gymnast Nicol Zelikman won silver at the individual hoop event and a bronze medal in the individual ball event, bringing the total of Israeli medals to four: one gold, two silvers, and one bronze.

Today’s results guarantee the team’s presence in the Olympic games in Rio de Janeiro, Brazil this summer and furthermore cement its position as a favorite to win Olympic medals.

“My ambition is to win an Olympic medal. My entire efforts are currently focused on the Rio de Janeiro Olympics; I am putting in my maximum effort and power to do the very best at the Olympics,” said teammate Neta Rivkin.