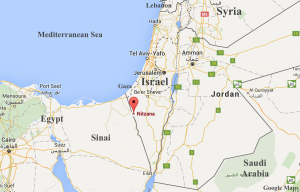 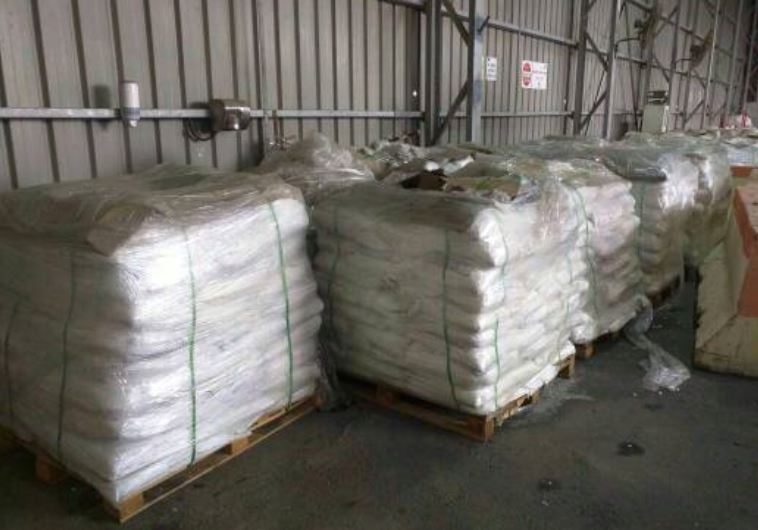 Before the Passover holiday, customs and Shin Bet officials at the Nitzana Border Crossing used by Egypt, Israel and the Palestinian Authority seized the four tons of  ammonium chloride concealed within a shipment of salt.

The Shin Bet estimates that the importer of the latest smuggling attempt is a Gaza resident associated with Hamas. The importer was believed to have been urged by the terrorist group to bring the materials into the Strip for manufacturing use by Hamas.

Ammonium chloride can be used in the production of long-range rocket and the quantity of material seized had the potential to yield hundreds of such weapons, according to the Shin Bet.

According to Tuesday’s announcement, the delivery intended for Gaza was discovered about a week before Passover during inspections of goods traveling between the border crossing.

During examinations of a 40-tons shipment of salt, the Israeli officials located the illicit shipment of ammonium chloride. 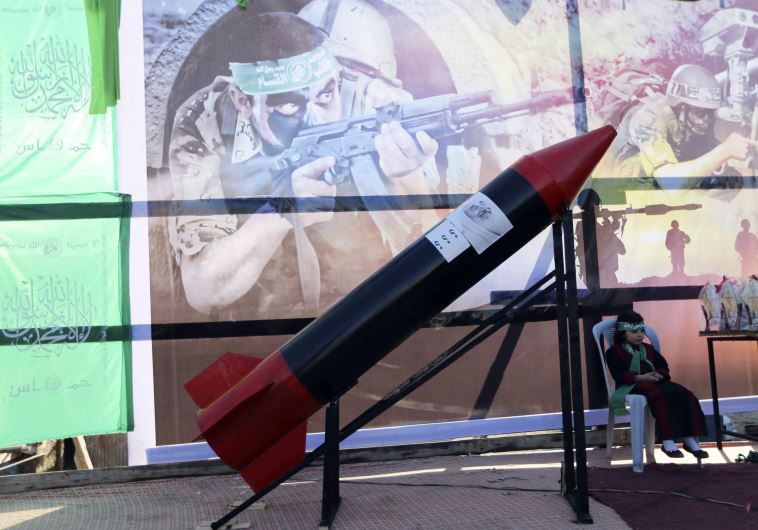 A Palestinian girl sits next to a mock rocket during a rally honoring families of Palestinians who were killed by Israeli forces. – Photo: REUTERS

Due to the dual-purpose nature of the material that can potentially be used by terrorist organizations, its transfer to the Gaza Strip requires a licenses.

Shin Bet said it has been operating as of recent on increased alert in light of large amounts of salts being transferred to Gaza as such shipments can be used as a smuggling channel.

The Shin Bet underlined that case illustrates that terrorist operatives in Gaza smuggle dual-use materials into the coastal Palestinian enclave for militant purposes under the guise of imports intended for the civilian population and construction restoration projects.