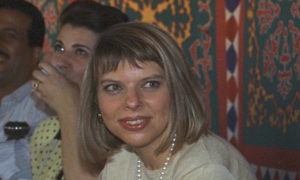 The Jerusalem Labor Court on Wednesday leveled harsh criticism at a lawsuit filed by a former employee at the Prime Minister’s Residence, saying it was clearly meant to influence “someone other than the court.”

Shira Raban, a housekeeper, was employed in the Prime Minister’s Residence through a cleaning company. Two weeks ago she sued Prime Minister Benjamin Netanyahu’s wife, Sara, claiming mistreatment and verbal abuse during her one-month employment at the Jerusalem residence. She is seeking damages to the tune of 225,000 shekels ($64,100).

Netanyahu’s attorney, Yossi Cohen, argued that Raban’s lawsuit was “filled throughout with disgraceful and defamatory expressions, which do not belong in a court of law. … The plaintiff makes use of the phrase ‘slave’ or ‘personal slave’ dozens of times throughout the claim and I doubt the court should hear this complaint at all.”

Labor Court President Judge Eyal Avrahami agreed. Admonishing Raban’s attorney Oren Gross, he said, “When I read the lawsuit, the impression I got was that it was clearly meant for the ears of someone other than the court. The phrases you use to describe employees don’t belong in there.

“The descriptions detailed [in the complaint] don’t belong in a legal proceeding, and I will not allow it. Your job,” he told Gross, “is to draft the plaintiff’s claims into a legal document. I don’t care about the background noise at the Prime Minister’s Residence. I care about the plaintiff’s argument. … This entire lawsuit was designed to give the legal proceeding an air of notoriety that is completely irrelevant.”

Gross said the description used in the complaint relied on Raban’s account of the events.

Cohen’s statement of defense argued that “the plaintiff is making ugly, false claims against the defendant while seriously undermining the privacy of the defendant as well as that of third parties who are not involved in the case.

“Moreover, the plaintiff does not claim that Mrs. Netanyahu was her employer, and that should be sufficient to prompt the immediate dismissal of the suit,” he said.

A statement by the Netanyahu family issued after the hearing said the proceeding “was an unequivocal victory for Mrs. Netanyahu and an utter failure for the group of lawyers and publicists trying to pin lies and false stories on her.

“The president of the Labor Court affirmed our claim that this lawsuit seeks to serve a media spin, is defamatory and has no merit. We have no doubt that in this case as well, the truth will come out and the allegations will be proven false in court.”