Beneath the surface, relations between Israel and moderate Arab countries are growing, but a significant expression of this was given ten days ago at a secret and joint meeting of heads of intelligence agencies from all over the region.

The conference was initiated by senior adviser and son-in-law of US President Donald Trump, Jared Kushner, and Middle East special envoy Jason Greenblatt. 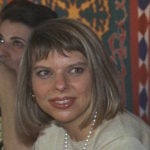 The Jerusalem Labor Court on Wednesday leveled harsh criticism at a lawsuit filed by a former employee at the Prime Minister’s Residence, saying it was clearly meant to influence “someone other than the court.” Continue Reading »