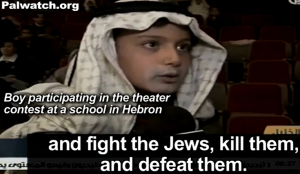 Knesset’s bill makes it compulsory for Arabic to be taught in Jewish schools & Hebrew to be taught in Arab schools, beginning in the first grade, as a way to usher coexistence.

A bill that would make it mandatory for Arabic to be taught in Jewish schools and Hebrew to be taught in Arab schools from the first grade passed its initial reading in the Knesset Wednesday.

“At times like these, when the public sphere is rife with divisiveness and acts of racism, this represents a light at the end of the tunnel — it’s hope that things can be done differently,” Ben-Reuven said.

Hazan said that he was pleased that MKs from all across the political spectrum understood the bill’s importance.

“Particularly now, in the midst of an endless terror wave, we need to take action to strengthen coexistence,” Hazan said. “Speaking each other’s languages will build a true bridge between Israel’s different nationalities.”