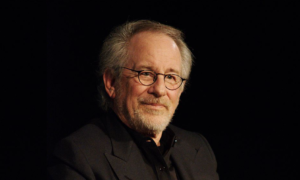 The Lebanese Daily Star said on Monday that the economy minister recommended the film for blacklist because of Spielberg. The newspaper said the director has been blacklisted since his 1994 film Schindler’s List, which was partially filmed in Israel.

Lebanon bans its citizens from visiting the Jewish state, as well as the entry of any Israeli products into the country. Last year, Wonder Woman was banned since its star, Gadot, is an Israeli who served in the army. But in the more than two decades since Schindler’s List premiered, dozens of Spielberg films have been allowed to screen in Lebanon.

A government source told The Daily Star that the censorship committee recommended banning the film, but is waiting for the approval of the Interior Ministry. But later on Monday, AFP reported that a government official confirmed the film would be banned from Lebanon – and it wasn’t the only one. According to AFP, the adventure biopic The Jungle starring Daniel Radcliffe will be yanked from theaters that were already screening it.

The Australian film is based on a book by Israeli Yossi Ghinsberg detailing his travels and travails in the jungles of Bolivia. Radcliffe told Channel 2 News last year he spent a long time perfecting his Israeli-accented English to play Ghinsberg.

The Post is a critically acclaimed movie starring Meryl Streep and Tom Hanks, which focuses on the decision of The Washington Post to publish the Pentagon Papers in 1971.

According to The Hollywood Reporter, a source involved in that film’s international rollout confirmed that Spielberg’s blacklisting is due to Schindler’s List.

In an HBO documentary about Spielberg’s life and career that aired in October, the director said Schindler’s List “was, emotionally, the hardest movie I’ve ever made.”

“Nothing could prepare me for my first visit to Auschwitz,” he said in the film. “I knew this couldn’t be just another movie, and it couldn’t be like anything I’d ever directed before.”