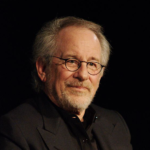 Steven Spielberg and George Clooney go way back in show business. In fact, it was Spielberg who gave Clooney his big break on the TV show “ER,” the actor recalls.

Heartthrob with a heart of gold: George Clooney – Photo: AP

But the two Hollywood heavyweights came together Thursday evening for a different reason: Spielberg was honoring Clooney for his humanitarian work around the globe, especially in the Darfur region of Sudan.