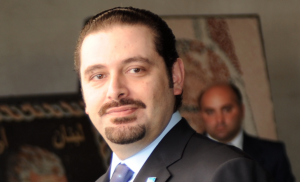 PM Hariri, “I urge the UN secretary general to support efforts to secure, as soon as possible, a state of permanent ceasefire. This is long overdue and my government is committed to move this agenda forward.”

Lebanese Prime Minister Saad al-Hariri asked the United Nations on Friday to help Lebanon and Israel move towards a permanent ceasefire and end what he called Israel’s “continuous violations” of Lebanese territory.

Israel and Lebanon’s Shi’ite Hezbollah group fought a month-long war in 2006 that concluded with a cessation of hostilities but without a formal peace deal.

From top to bottom: Snow capped Mt Herman, the Golan Heights, with Har Dov (center) and Shabba farms on its left (Underneath the snow capped mountain tops) with Kfar Ghjar village below. – Photo: Boris Kuznets

“I urge the UN secretary general to support efforts to secure, as soon as possible, a state of permanent ceasefire. This is long overdue and my government is committed to move this agenda forward,” Hariri said.

Hariri was speaking on a visit to south Lebanon a day after Hezbollah officials staged a media tour near the same area to view what they said were recent Israeli fortifications on the border and to state their preparedness in case of any new war.

The tour drew a response from Israeli military spokesman Lieutenant Colonel Peter Lerner, who said in a Facebook post that Hezbollah’s media tour was to “shake their sabers and pound their chests.”

Under UN resolution 1701, which ended the 2006 war between Israel and Hezbollah, the Lebanese army is responsible for security on its side of the border in a zone from which any other armed force, including Hezbollah, is banned.

Map is made by Thomas Blomberg using the UNIFIL map, deployment as of July 2006 as source. – Wikimedia/99of9/IsraelandStuff

The United Nations also maintains a peacekeeping force on the border.

Resolution 1701 also required Israel to withdraw from Lebanese territory. Lebanon says that Israel has not fulfilled this because it continues to occupy a disputed area known in Lebanon as the Shebaa Farms