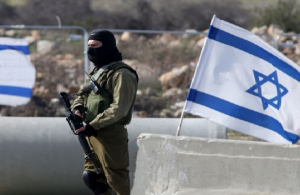 ‘Breaking the Silence has crossed another red line,” Prime Minister Binyamin Netanyahu said after the report was aired. “The investigative security forces are looking into the matter.”

The videos were gathered by Ad Kan’s undercover agents who infiltrated Breaking the Silence over a three-year period.

They show Breaking the Silence activists questioning ex-IDF soldiers – who are, in fact, Ad Kan agents – about details of the IDF’s security operations and equipment along the border with Gaza. The questions relate to how Hamas tunnels were discovered, what special forces were deployed and when, what kind of gun is deployed atop an IDF robot vehicle and more.

None of these questions have anything to do with allegedly immoral activities by the military in Judea and Samaria, which Breaking the Silence claims to be interested in exposing. Instead, they appear to be aimed at gathering intelligence about sensitive IDF operations along the border with Hamas.

Channel 2 showed the videos to former high ranking security officials including MK Avi Dichter, a former head of the ISA (Shabak). Dichter appeared to be shocked by the materials and said that they look and sound like espionage.

According to NGO Monitor, between the years 2008 and 2014, the New Israel Fund approved $699,310 in grants to Breaking the Silence. This raises the question, are donors to the NIF unwittingly funding espionage against the IDF?

It remains to be determined whether Breaking the Silence passed on the information it gathered to enemy forces, or to European governments, from whom it also receives some of its funding. In any case, the act of obtaining and holding on to classified military information by unauthorized individuals is also a crime.