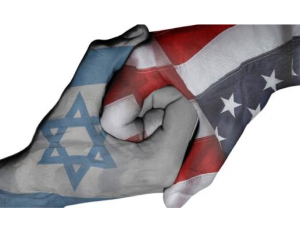 Gov. Charlie Baker is planning his first international trade mission as governor, with a trip to Israel in December.

The mission, which will be held Dec. 9 to 14, will include a delegation of about 40 people from private business and a dozen from state government, including Baker. The focus will be on the cybersecurity and digital health industries.

In 2015, more than 200 Israeli-founded businesses were based around Boston, employing 9,000 people that generated $9.3 billion in revenue & represented 4% of Massachusetts’s gross domestic product. – READ MORE

“Massachusetts is one of the most innovative states in the country,” said Mike Vallarelli, deputy chief of staff for Baker’s office and director of the mission, in a statement. “The Baker administration believes that Massachusetts can become a more attractive option for expanding businesses in these promising sectors, but we must work hard to attract them.”

This will be Baker’s second international trip as governor. The first was a trip to Newfoundland for a conference on energy issues in August 2015. It will be Baker’s first ever trip to Israel.

State government will partner with the New England-Israel Business Council for the trip, with the support of Combined Jewish Philanthropies. Those organizations will pay for the cost of the government officials’ travel, and Baker senior adviser Tim Buckley said no public money will be spent.

Massachusetts and Israel already have strong economic ties. According to a report released in June by the New England-Israel Business Council, more than 200 Israeli-founded businesses were based around Boston in 2015. These businesses employed 9,000 people, generated $9.3 billion in revenue and represented 4 percent of Massachusetts’ gross domestic product.

In 2015, more than 200 Israeli-founded businesses were based around Boston, according to a study released Wednesday by the New England-Israel Business Council.

Among the government officials who plan to attend are Katie Stebbins, assistant secretary for innovation, technology and entrepreneurship at the Department of Housing and Economic Development; Louis Gutierrez, executive director of the Massachusetts Health Connector; Mark Nunnelly, executive director of the Massachusetts Office of Information Technology; and Hans Olson, a senior adviser for anti-terrorism and cybersecurity at the Executive Office of Public Safety and Security.

Stebbins said the administration sees the mission as an opportunity for Massachusetts to convince Israeli companies that are growing and scaling out of Israel to open their first U.S. offices in Massachusetts.

The trip could also allow state government to learn from Israeli practices on maintaining its own cybersecurity.

Stebbins said Israel and Massachusetts also both have sophisticated digital health care and life sciences industries, with room for partnerships. The Baker administration has previously said it plans to focus on developing the state’s digital health industry, which includes things like medical devices and information technology.

“Massachusetts has a great story to tell — the commonwealth has top talent thanks to our universities, a venture capital sector as strong as anywhere else in the U.S., and strong potential customers and acquirers for emerging technology companies,” Vallarelli said. “Today, Israel’s  e-health and cybersecurity sectors are global leaders and the Baker administration is ready to compete for the quality jobs and economic development opportunities this unique international partner represents.”

Administration officials were unable to provide details about which cities the delegation will visit, since the itinerary is still being worked out. They would not say whether Baker will visit any territories outside the Green Line, the 1967 border of Israel, which includes politically sensitive areas.

Buckley said Baker will likely meet with some political officials in Israel and visit some religious and historic sites, although the vast majority of the trip will be focused on economic development.

Former Gov. Deval Patrick visited Israel in 2011 and 2014. His 2014 visit was a trade mission similar to Baker’s, but with a larger delegation.