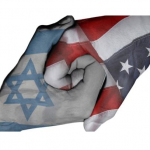 Gov. Charlie Baker is planning his first international trade mission as governor, with a trip to Israel in December.

The mission, which will be held Dec. 9 to 14, will include a delegation of about 40 people from private business and a dozen from state government, including Baker. The focus will be on the cybersecurity and digital health industries. Continue Reading »