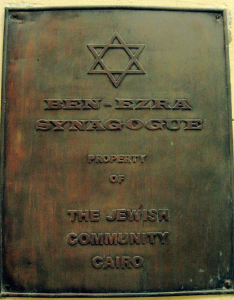 The fragment from the prayer book discovered in a synagogue in the Old City of Cairo – Photo: Courtesy of the National Library of Israel

“It is an important testimony to the liturgical poetry and prayers recited in Cairo at that time,” he said.

“This isn’t a complete prayer book, just part of one page out of a longer book, which was written at the end of the 11th century or the beginning of the 12th century by a scribe named Hillel Ben Ali, who was a cantor in Baghdad, moved to Cairo, and worked as the official scribe for the court in Cairo.”