Every MK who spoke at the Yedioth Ahronoth conference claimed that there’s no connection between political stagnation and Israeli policy, and the boycott against Israel. Finance Minister and Kulanu Chairman Moshe Kahlon even stated that a political process can’t progress because “there is not partner on the other side.”

However, Oren, formerly Israel’s ambassador to the US, heard this statement and protested. He claimed that the government itself has stuck its head in the sand and that it hasn’t come up with any political initiative or plan to fight against the boycott movement.

“I’m a centrist, pragmatic person, and I see the reality,” he said. “I believe that Israel can’t explain itself to the world politically without an active policy on the Palestinian issue.” 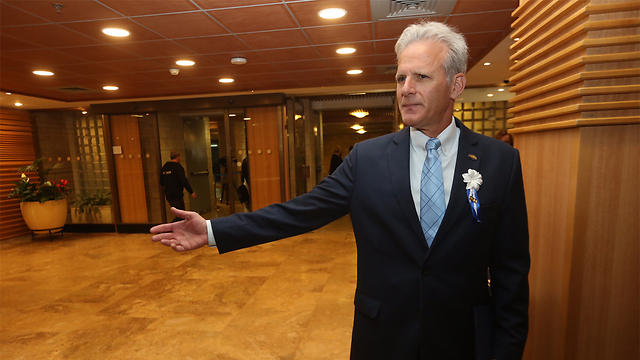 Oren then presented his political plan under the title “Two-State Situation.” Oren argues for a settlement building freeze outside of recognized blocs, strengthening the Palestinian economy (for instance, supporting the new Palestinian city, Rawabi), more freedom of movement for Palestinians, and giving more permits for Palestinians to work in Israel.

“This plan, alongside concrete steps on the ground, will take some of the air out of BDS,” Oren claimed. “It’s very important that we continue to support the idea of two states, even if it’s not feasible or practical right now. We can lay the groundwork, which, in the end, will turn into a permanent agreement. That way, we can prove to the world that we’re serious, and that we are turning towards peace.”

The chairman of your party, Kahlon, claims that there’s no political process because there’s no partner.

“I think that, with all due respect to the issue of whether there’s a partner or not, it doesn’t excuse us of the need to announce our willingness to sit, talk and have political negotiations. We are still beholden to the idea of two states, and we need to return to the negotiating table, even if we’re sitting across from an empty chair. That’s the one thing that can take the motivation out of the BDS movement.” 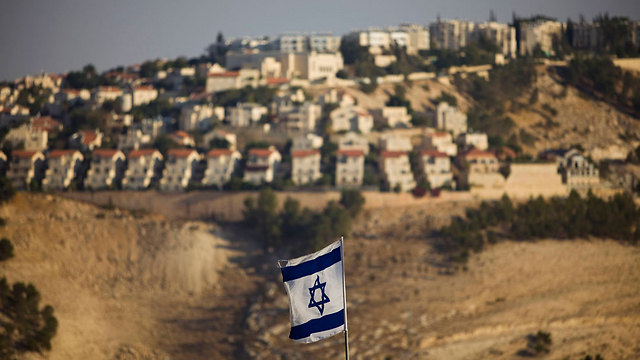 View of Ma’ale Adumim outside of Jerusalem – Photo: AP

Oren also sharply criticized the government’s current policy and claimed that the decision not to freeze construction outside of the settlement blocs in the West Bank caused Israel to isolate itself from its friends in the world, especially when Israel deals with a remote, isolated settlement like Itamar the same way it deals with Jewish neighborhoods in Jerusalem.

“It’s because of this current Israeli policy,” Oren claims, “that Israel lost the legitimacy to build by Hebrew University or the Gilo neighborhood in Jerusalem. If there were some sort of distinction, the world would have accepted construction in areas which will stay under Israeli sovereignty in a future agreement. If this type of a partial freeze had been implemented, the Europeans would have congratulated and supported us. They don’t want to enact sanctions against Israel.”

Is it even possible to go forward with this type of a plan in a right-wing coalition?

“It’s difficult in the current coalition. Our right-wing partners don’t want to limit settlement construction; they want annexation. Every time that the possibility to freeze construction comes up, the Bayit Yehudi threatens to leave the coalition (and thus remove it from power). However, I believe that my plan is the maximum Israel can do, and the minimum that Europe is willing to accept.”