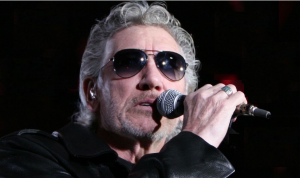 Waters, 76, has supported the boycott, divestment, sanctions movement known as BDS that presents itself as a nonviolent campaign for Palestinian rights and does not endorse a specific solution to the conflict with Israel. Israeli authorities say the movement’s true aim is to delegitimize the nation and eventually wipe it off the map.

Waters also has been criticized for his use of the Star of David at some of his shows. He has said he never intended to offend the Jewish people and made changes after hearing complaints.

B’nai B’rith said in a statement Friday that MLB told it “there are no plans to schedule any more ads on the MLB platforms.” MLB later confirmed B’nai B’rith’s statement was accurate.

MLB has said the promotion was part of an ad buy by AEG/Concerts West for multiple concert tours.

Waters’ spokeswoman, Fran Curtis, did not immediately return a request for comment.

Meanwhile, the Simon Wiesenthal Center has launched a campaign seeking to prevent Waters from performing in Mexico.

Waters’ tour is slated to arrive in Mexico City on Oct. 7, but the Latin American branch of the Simon Wiesenthal Center, which supports Holocaust survivors and confronts anti-Semitism, has written to businesses sponsoring the concert urging them to pull out.

“Your company’s prestige should not be stained by those that use music to camouflage discrimination and the diffusion of a violent and racist message,” read the letter, signed by the center’s international relations directors Shimon Samuels and Ariel Gelblung.