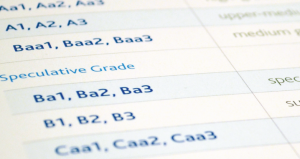 Israel’s excellent credit rating is supported by the country’s industrial diversity, which spans high-tech, agro-tech, as well as electronics, pharmaceuticals and other quality goods & services.

The rating follows a visit by Moody’s executives to Israel last month, during which they met with Finance Ministry and Bank of Israel officials, as well as leaders of the public and private sectors.

In a statement issued Friday, the credit rating agency noted that its decision to affirm Israel’s A1 rating stemmed from the government’s economic and fiscal policies.

Moody’s noted, however, that Israel’s rating was exposed to the risks of the regional geopolitical dynamics, which mandate appropriating considerable resources to defense spending.

Israel’s international credit rating and positive outlook are supported by the country’s economic resiliency; the stability of its economic institutions, which allow Israel to successfully deal with regional and global upsets; and Israel’s industrial diversity, which spans high-tech, agrotech, as well as electronics, pharmaceuticals and other quality goods and services, the agency said.

Moody’s found that Israel’s foreign currency reserves are at an all-time high of $100 billion, saying the reserves further attested to Israel’s economic resiliency.

The agency expects the government’s budget deficit for 2016 will defeat the set goal 2.9% of the gross domestic product, adding that should the current state budget proposal be approved by parliament, the fiscal guidelines defined last year would require some adjustment.

Finance Ministry Accountant General Michal Abadi-Boiangiu welcomed Moody’s decision, saying the affirmation of Israel’s A1 rating “attests to the resiliency of the Israeli economy and the importance of responsible economic policies.”

Finance Minister Moshe Kahlon also welcomed the decision saying is was “further proof of the Israeli economy’s strength. We have a robust economy, and we will continue to develop it and lead it in a responsible manner, while demonstrating social sensitivity.”