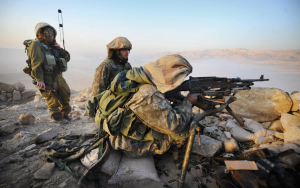 Prime Minister Netanyahu said the IDF is working to keep Iran from opening yet another front against Israel, in the Golan Heights.
• Opposition leader Herzog accuses Natanyahu of diverting funds meant for the Negev & Galilee to West Bank settlements.

Prime Minister Benjamin Netanyahu admitted on Tuesday that Israel operates in Syria. “We’re operating in Syria from time to time in order to stop the country from becoming a front against Israel,” he said at the Galilee Conference in Acre. 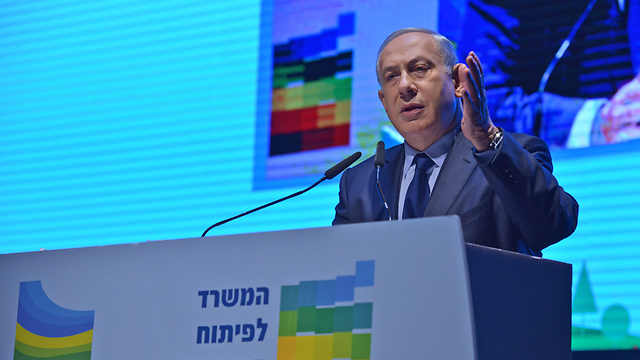 “We’re operating against another terror front that Iran is trying to build in the Golan, and in order to thwart the transfer of particularly deadly weapons from Syria to Lebanon. We will continue doing this,” the prime minister continued.

Apart from ambiguous hints or what could be better defined as an unintentional slip, this is the first time an Israeli official – particularly, the prime minister – declares that Israel does indeed hold military operations where Assad forces, different rebel groups, Hezbollah and Iran are all fighting.

A series of airstrikes has been attributed to Israel over the past few years, but Jerusalem has never officially claimed responsible for it.

Netanyahu, who returned from the 2015 United Nations Climate Change Conference in Paris, said he met with over 100 leaders from all over the world. “Israel is portrayed as an isolated country, beaten, down and out, but the opposite is true,” he said.

“I met with US President Barack Obama, with European leaders, and with my friend Narendra Modi, the prime minister of India. He spoke to me at length and told me: How do we continue the cooperation between Israel and India?

“Modi spoke to me about the economy, security, cyber, scientific cooperation, agriculture and water. And like him, as did leaders from Africa, the Japanese prime minister, leaders from all continents. From Australia to South America. Everyone,” he continued.

Earlier, opposition leader Isaac Herzog (Zionist Union) accused Netanyahu of diverting funds meant for the Galilee and the Negev to isolated settlements in the West Bank. 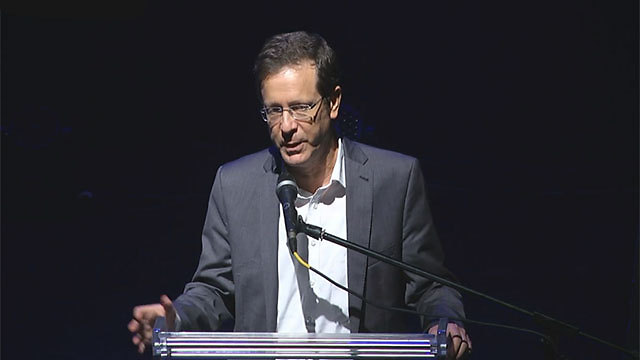 “Bibi will come here soon and tell you how much he did for the Galilee. He cannot continue lying. Every child in an isolated settlement outside the main blocs in Judea and Samaria gets more than a child in the Galilee,” Herzog said during the 8th annual Galilee Conference held in Acre.

He accused the right wing parties of emptying out the state’s coffers by putting pressure on the prime minister. “You can’t keep extorting everyone,” Herzog said.

“This is the truth,” Herzog insisted. “You, the lobby of isolated settlements and of Judea and Samaria in the Likud and Bayit Yehudi parties, are grabbing the government and its leader by the most delicate places. This lobby sits inside the Prime Minister’s Office and sucks up all of the funds for the Galilee and the Negev. Netanyahu is incapable of moving an inch on the diplomatic front, change anything in the Israeli economy, or change the national priorities in favor of the Negev and the Galilee.”