“Releasing murderers is not going to bring peace,” exclaimed Bishara Shlayan, an Israeli Christian Arab from Nazareth. He said he is against the release, and that only after a final peace deal should prisoners be released.

By ARIEL BEN SOLOMON
Bishara Shlayan, an Israeli Christian Arab from Nazareth who is creating a new Arab political party, said that the EU boycott of Israeli businesses and institutions operating in the West Bank is counterproductive, since it mainly harms Arabs living there. 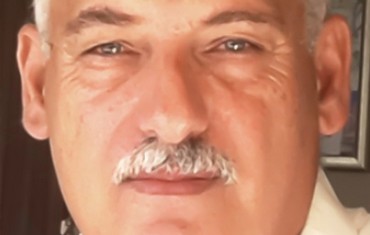 “The boycott is a big mistake – it is the livelihood for many, mainly Arabs in the West Bank,” Shlayan told The Jerusalem Post, adding that the absence of Israeli businesses will create more violence, as more Arabs will be left with no way to put food on their tables.

They should build more universities and factories, he said, as Arabs also are studying in the universities, work in the factories and are responsible for most of the new construction.

In fact, Shlayan has an idea to build a new Arab Christian settlement, open to all, in the West Bank. The settlement would have factories and would seek funding from the EU, as the plan would promote peace since it would be open to anyone.

He added that it was his dream to also have a statue of Jesus in Nazareth, similar to the “Christ the Redeemer” statue in Rio de Janeiro.

Asked about the move by Israel to release Palestinian prisoners, he said that now is not the right time.

“Releasing murderers is not going to bring peace,” exclaimed Shlayan. He said he is against the release, and that only after a final peace deal should prisoners be released.

His party, which is still being sorted out, has settled on the name “Bnei Habrit [Allies of the Covenant], the Christian party of Israel.”

The Post reported in July that the name had been changed from “Bnei Brit Hahadasha” (Allies of the New Covenant) to just “Bnei Brit” (Allies) in order to get more Jewish support. Talk of a new covenant disturbed some Jewish supporters, as the name in Hebrew also means “the New Testament.”

Shlayan went on to add, “Israel is the only democracy in the Middle East and the only one that protects Christians and holy places.”

The Arab uprisings have led to an increase in the persecution of Christians in the region and Shlayan believes that a “change in culture” is needed.

He says that he has received messages from Egyptian Christian Copts that they would like to seek refuge in Israel.

Asked about the support his party is getting so far, he said that he has been contacted by people from all over the world.

He said that many people are contacting him from abroad and want to donate, but he still needs funds and other forms of help in order to fully form his party.

“The Canadian Embassy in Israel contacted me and said that there were Canadians who want to come to Israel to meet me,” he said.

A leader of the Jewish community in Australia says he wants to help. Many nonprofit organizations in Israel also want to help, he said.

He said that many Russian Christians have also contacted him, saying that until now, they have not had any party that truly represents them.

US Christians say they pray that he succeeds in helping to bring peace to Israel, and say that what he is doing is a holy mission.