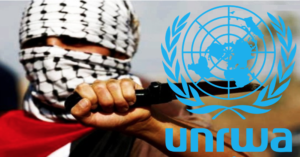 The IINZ report cites examples of UNRWA staff promoting terror & being affiliated with terror groups; gross incitement in school textbooks; ongoing allegations of corruption and inefficiency; and UNRWA perpetuating a “right of return” that Switzerland’s foreign minister, Ignazio Cassis, has deemed an “unrealistic dream” and a key reason UNRWA is “part of the problem.”

New Zealand has now joined the Swiss, Dutch, and Belgium governments in suspending donations to the United Nations Relief and Works Agency (UNRWA) following an internal report that found “credible and corroborated” allegations of serious ethical abuses including “sexual misconduct, nepotism, retaliation, discrimination and other abuses of authority, for personal gain, to suppress legitimate dissent, and to otherwise achieve their personal objectives.”

Originally, Foreign Minister Peters and officials in the Ministry of Foreign Affairs and Trade (MFAT) said:

We are aware of recent media reports of allegations of ethical issues and mismanagement within UNRWA. We expect UNRWA to cooperate fully with any investigation and to report back on the investigation’s findings and recommendations.

However, after seeing a draft report from The Israel Institute of New Zealand (IINZ) that shows MFAT officials did not brief Ministers on substantial failings within UNRWA, did not record meetings where concerns about UNRWA were raised, and took the word of UNRWA officials without any apparent attempts at independent corroboration, MFAT responded that,

The Ministry will review the findings of the UN Office of Internal Oversight Services (OIOS) report once the investigation is complete and provide advice to the New Zealand Government. New Zealand will not make any further payments to UNRWA until we have reviewed the report’s findings and assessed UNRWA’s response to any recommendations.

This is the first time New Zealand has suspended donations to the UN agency.

Pierre Krähenbühl, Commissioner General for the United Nations Relief and Works Agency for Palestine Refugees in the Near East (UNRWA) – UN Video screenshot

Over the past decade, New Zealand taxpayers have contributed more than NZ$10m to UNRWA and recently committed to giving $3m over the next years in a deal struck between MFAT and the UNRWA staff member at the centre of the current allegations, Pierre Krähenbühl.

Last year, the United States withdrew its substantial support to UNRWA calling it an “irredeemably flawed operation” with a “fundamental business model and fiscal practices” that are unsustainable.

IINZ co-Director, Dr David Cumin, says it is pleasing that New Zealand has followed the lead of other democracies.

It is great that New Zealand has finally suspended funding to UNRWA based on the recent allegations of corruption and abuse. We hope there will be an in-depth review of UNRWA and ongoing evaluation of sending Kiwi tax money to an organisation that has also been shown to incite violence and perpetuate the Arab-Israeli conflict, particularly with their unique definition of a “refugee” and promoting a “right of return”. It is time to reconsider our ongoing, unconditional support to UNRWA and ensure our taxpayer money is being used for good.

UNRWA counts citizens of a country as refugees, in direct contravention of the Convention and Protocol Relating to the Status of Refugee, which is the definition used by UNHCR for all other refugees in the world.

The IINZ report also cites examples of UNRWA staff promoting terror and being affiliated with terror groups; gross incitement in school textbooks; ongoing allegations of corruption and inefficiency; and UNRWA perpetuating a “right of return” that Switzerland’s foreign minister, Ignazio Cassis, has previously called an “unrealistic dream” and a key reason UNRWA is “part of the problem”.

UN Watch, a Geneva-based non-governmental organization whose stated mandate is “to monitor the performance of the United Nations by the yardstick of its own Charter”, has also criticised UNRWA for perpetuating a “right of return”, among other issues.

UN Watch has promoted a need for the Canadian government to do more due diligence before supporting UNRWA and uncovered some of the incitement within UNRWA schools. UN Watch executive director, Hillel Neuer, called for the resignation of Mr Krähenbühl and for donors to “exercise their basic oversight responsibility and demand accountability from the agency’s highest officials”.

This is similar to the recommendations from the IINZ report, that urges the New Zealand government to suspend funding to UNRWA until there is a “demonstrable commitment to ending corruption; to removing inciteful material from schools and appropriately disciplining staff that encourage violence; and UNRWA conforms to the UNHCR definition of a refugee”.

The report mentions a lack of public acknowledgement of these issues by New Zealand leaders except for a comment made by Murray McCully when he was Foreign Minister, and that was based on media reports of UNRWA schools being used as weapons caches and rocket launching pads.

The MFAT documents received under the Official Information Act did not discuss any controversies in briefings to ministers and some meetings where concerns were raise did not have any minutes taken. Dr Cumin says this raises serious questions.

It is concerning that MFAT officials were apparently aware of serious issues within UNRWA but never communicated these to Ministers and made no notes from meetings where issues were raised. They have forced our elected leaders to rely on media reports. I don’t understand why MFAT would want to hide serious issues from Ministers and the public.

MFAT staff have not commented further, other than to say “New Zealand reviews UNRWA’s reporting as well as independent reviews (such as the MOPAN review) and engage with other donors to assess UNRWA’s performance.”