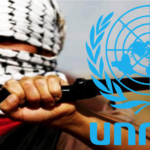 The IINZ report cites examples of UNRWA staff promoting terror & being affiliated with terror groups; gross incitement in school textbooks; ongoing allegations of corruption and inefficiency; and UNRWA perpetuating a “right of return” that Switzerland’s foreign minister, Ignazio Cassis, has deemed an “unrealistic dream” and a key reason UNRWA is “part of the problem.”

New Zealand has now joined the Swiss, Dutch, and Belgium governments in suspending donations to the United Nations Relief and Works Agency (UNRWA) following an internal report that found “credible and corroborated” allegations of serious ethical abuses including “sexual misconduct, nepotism, retaliation, discrimination and other abuses of authority, for personal gain, to suppress legitimate dissent, and to otherwise achieve their personal objectives.” Continue Reading » 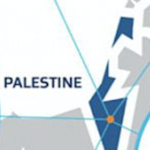 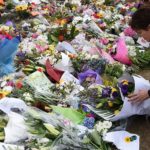 By Haaretz and Shir Hacham

Pro-Palestinian activists in New Zealand have called on the government there not to issue visas to members of Israel’s Batsheva Dance Company, which is scheduled to perform at next month’s New Zealand Festival of the Arts.

In letters to New Zealand’s immigration and foreign ministers, activists from several different pro-Palestinian and pro-Israel boycott groups expressed their “concern” about the scheduled Batsheva performance, according to J-Wire, a Jewish news source from Australia and New Zealand. Continue Reading »

Thomson, “I felt humiliated & ashamed. Eventually it seemed to me that he had found something out & knew that I had lied about something.”

A peace activist was detained for 48 hours before being sent back to New Zealand for trying to enter Israel on a tourist visa.

Amy Thomson, 26, was held at Ben Gurion Airport in Tel Aviv on February 26. She tried to enter the country for a three-month voluntary internship at a non-government organisation promoting peace.

Thomson said the Israel Palestinian Centre for Research and Information told her she should claim to be a tourist. Continue Reading »

The $20 billion New Zealand Superannuation Fund has excluded three Israeli companies from its portfolio on ethical grounds because of their involvement in illegal settlements and the security wall.

The fund’s investments in the firms were insubstantial. Some $9,744 was held in Africa Israel and its subsidiary Danya Cebus, which had been involved in building Israeli settlements in the Occupied Palestinian Territories. 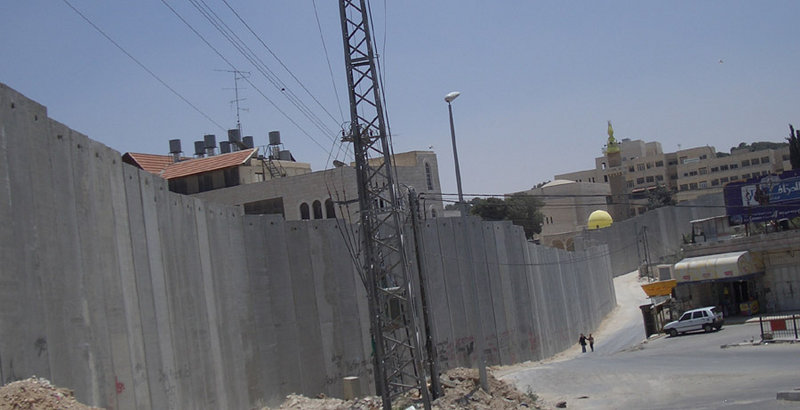 The ‘wall’, here on the edge of Abu Dis, is ugly and intrusive, but succeeded in halting the dozens of suicide bomber that murdered hundreds & maimed thousands prior to its construction.