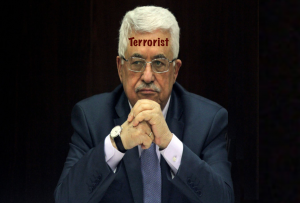 The New York paper calls on the U.S. Congress to halt Palestinian Authority funding, which is used to pay monthly stipends to families of the terrorists, that actually reward & encourage deadly terror attacks on Israeli civilians.

An op-ed piece by the editorial board was published Friday night sharply condemning American funding for the Palestinian Authority, calling it an “outrage”. Noting the ongoing terror wave that’s left dozens dead and hundreds wounded, the New York Post highlighted the Palestinian Authority’s continuing funding for terrorists and their families, what the paper described as a “hefty reward from Abbas’ PA”.

Western backers of the Palestinian Authority, the editorial board wrote, provide much of the money used by the PA, and are thus indirectly responsible for the funding of terrorism.

“Meanwhile, hundreds of millions flow to the PA from the West, including America. Which means US tax dollars are, in effect, going to pay for terrorist acts,” adding “And here you thought we were fighting terror”.

“Congress should do all it can to curb the practice”.

“Sending US tax dollars to the PA, only to see them go to reward terror, is a moral obscenity.”

While the Israeli government has decided to deduct damages from tax transfers collected from Palestinian workers in Israel on behalf of the Palestinian Authority, the New York Post noted approvingly that Congress also appears poised to slash funding to Abbas’ government.

“Congress may be finally moving to end the outrage. Both houses are considering legislation to cut US aid to the PA by the amount given to Palestinian terrorists and their families. The key will be to make the bill loophole-proof, as the PA has skirted earlier attempts to curb its terror subsidies.”