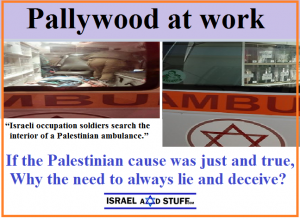 NGO Media Watchdog points to examples of photograph manipulation, distortion and fraudulent captions on a Palestinian Health Ministry report to UN Health body, in which photos were purposely given false captions to invent Israeli violations of Palestinian rights.

Israel has challenged the accuracy and objectivity of a report submitted by the Palestinians to the World Health Organization (WHO), saying it is riddled with misleading or false captions to photos accusing the Jewish state of wrongdoing.

A report released last month by the UN health organization warned of the “mental, physical, and environmental health” of Palestinians under Israeli control.

“Instead of compiling a professional and objective report, the WHO is being used by those whose only interest is to harm the State of Israel,” said Danny Danon, Israel’s ambassador to the UN. “They are doing so even when this means that they are creating an alternative reality and disseminating vicious lies.”

The watchdog CAMERA (Committee for Accuracy in Middle East Reporting in America) and the pro-Israel blog Isreallycool documented a series of instances in which the report by the Palestinian Authority’s Health Ministry seemingly included photos with misleading descriptions to assert Israeli violations of Palestinian rights.

In one of the sections, the PA Ministry of Health accuses Israel of attacking Palestinian medical staff and hospitals. Its report includes a photograph of an Israeli soldier in an ambulance with the caption: “Israeli occupation soldiers search the interior of a Palestinian ambulance.” The image – actually of an IDF ambulance – is carefully cropped to exclude the Star of David icon as much as possible. Only the top pinpoint of the Jewish symbol is exposed at the bottom of the photograph, revealing the ambulance to be Israeli. 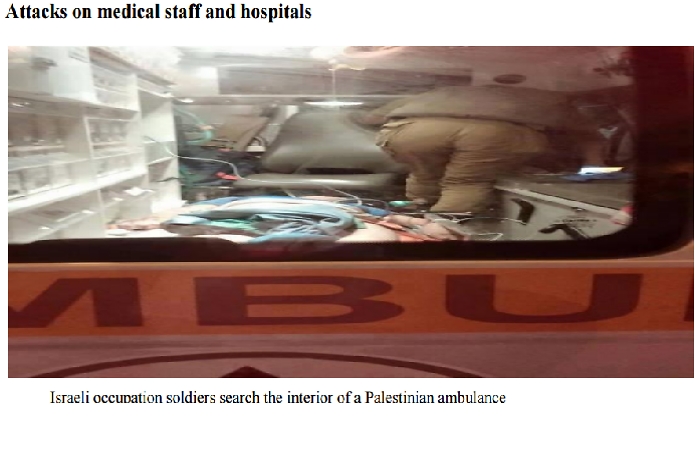 Photo from the Palestinian report.

The caption in another picture describes a scenario in which “settlers attack a Palestinian child while being observed by Israeli occupation forces.” CAMERA and the pro-Israel blog claimed the photograph, which was taken by a photographer for Agence France Presse and belongs to Getty Images, actually features an Israeli child being pulled by Israeli security forces from Jewish residents of the outpost of Havat Gilad, with no Palestinians in the picture. 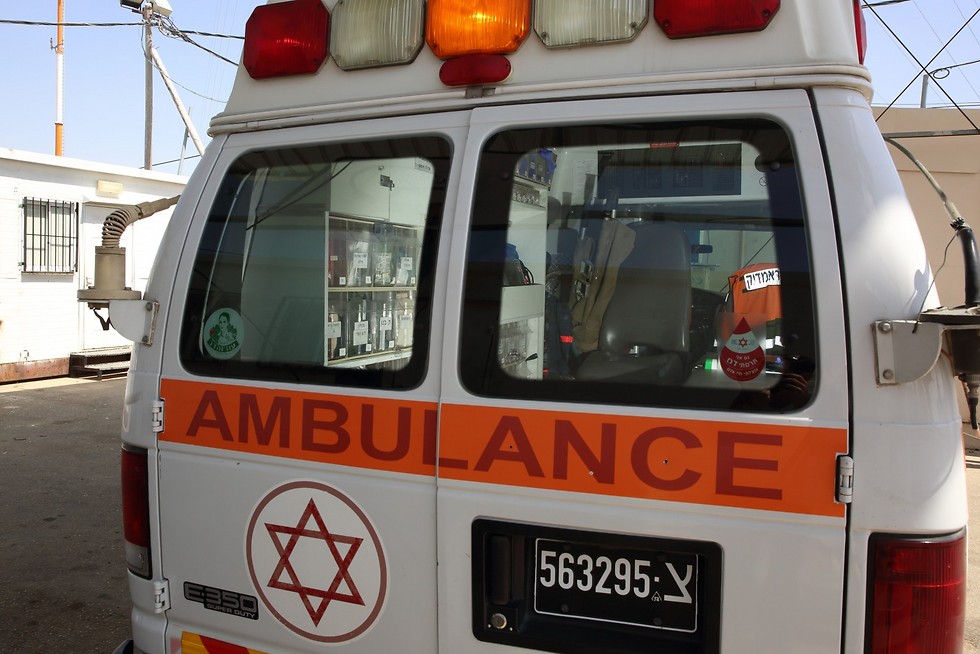 In yet another instance, a fictional image of a potential strike on Iranian nuclear facilities by an Israeli M-15 was described in the report as a photograph of an Israeli aerial attack on Gaza during Operation Protective Edge in 2014. The mountainous background of the image, created by The Aviationist blog’s Al Clark, depicts a geographic region that contrasts with the flatlands of the Gaza Strip.

The photographs and their misleading captions could influence WHO’s report, which was proposed by the Kuwaiti delegation on behalf of the Arab Group and the Palestinian Authority.

The Palestinian report also speculated that Israel freezes the bodies of Palestinian terrorists in order to obscure “whether the deceased individual’s organs have been stolen.” The Palestinian health ministry also wondered – citing a “widespread belief among Palestinians” and a report in the former Soviet mouthpiece Pravda – whether “Israel has injected prisoners with carcinogenic viruses.”

The report’s final version calls for the director-general to make recommendations for improving health conditions of Palestinians with focus on a number of areas including “incidents of delay or denial of ambulance service.”

Neither the World Health Organization nor the Palestinian Authority Ministry of Health returned TPS’s requests for comment.