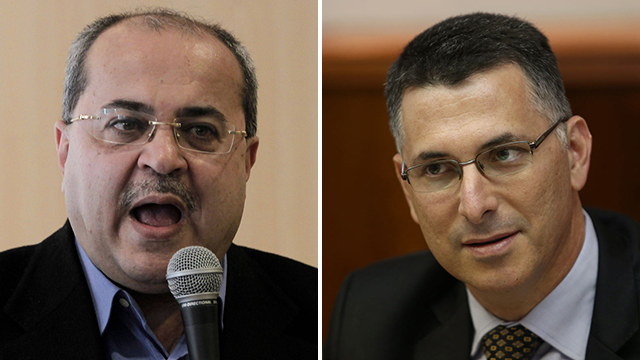 Sa’ar slammed former education minister Shai Piron of Yesh Atid on Saturday. over the latter’s support for the addition of Nakba Day to the curriculum. Soon, his comments led to a lively Twitter debate with Tibi.

A state cannot legitimize a perception that views its own formation as a catastrophe.

Nakba Day (“Day of Catastrophe”) is commemorated on May 15 in the Palestinian territories and other countries, a day after the end of British mandate over Palestine and Israel’s Declaration of Independence.

It is the annual day of commemoration of the establishment of the State of Israel on May 14, 1948, and the displacement of Arabs that preceded and followed. An estimated 700,000 Arabs fled or were expelled and hundreds of Arab towns and villages were destroyed during the 1948-9 Independence War.

“Piron’s position is erroneous at its core. A state cannot legitimize a perception that views its own formation as a catastrophe,” Sa’ar, a former education minister himself, wrote on Twitter.

“The expeller always has a fear of recognizing the suffering of the expelled,” Tibi responded on Twitter.

“67 years have passed and you still refuse to recognize the Arab side’s responsibility for the war and its outcomes, which originates in the refusal to accept a Jewish state here,” Sa’ar responded. 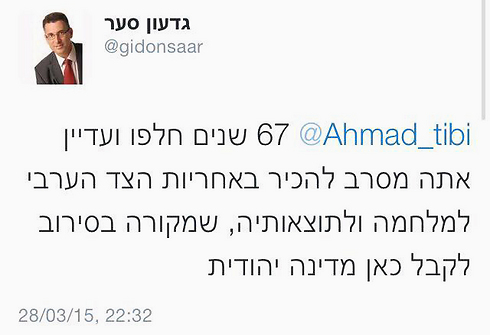 “500 destroyed villages, mass exile, killing, suffering and banishment. When will the students of Israel learn about that?” Tibi then replied. 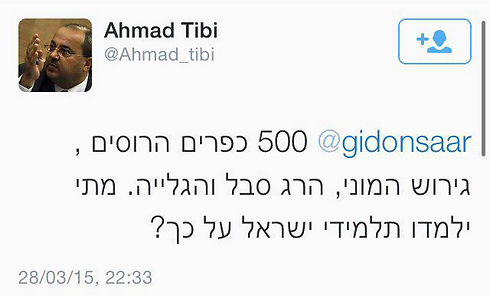 “Both sides suffered. One won – the one which was attacked. This is what the students of Israel are learning,” Sa’ar hit back.

“It’s a tradition kept by all occupiers. The Australians, the Americans – who portrayed the Indians, who were robbed, as murderers in school books and Hollywood movies. The same applies to the Aboriginals,” Tibi said.

Sa’ar had the last word: “The Jewish people are not occupiers in the land of Israel. This is an attempt to deny the land’s past. ‘There is one truth and not two. As there is one sun and as there are not two Jerusalems,'” he responded, quoting a poem by Uri Zvi Greenberg.