Palestinians on Sunday stepped up their protests against UNRWA’s threats to halt its services due to a severe financial crisis facing the international agency. 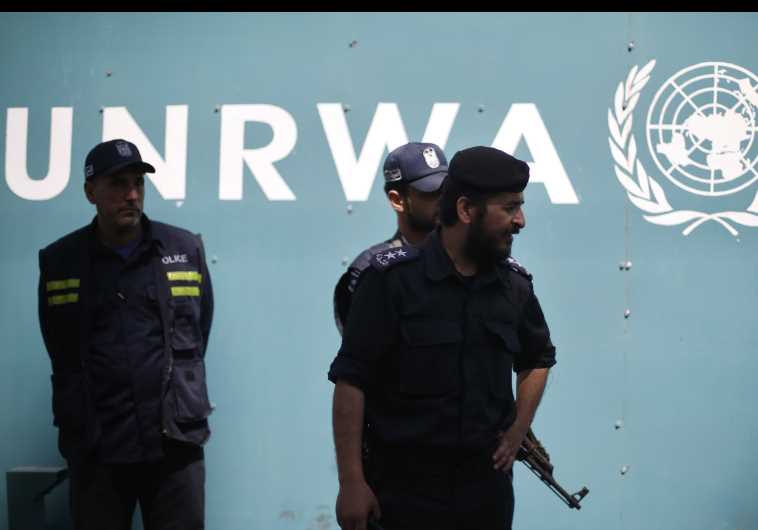 The protesters are particularly concerned about UNRWA’s threats to delay the opening of the new academic year in its schools in the West Bank and Gaza Strip and neighboring Arab countries.

UNRWA says it needs at least $101 million to cover its deficit and its officials have repeatedly appealed to the international community to help solve the financial crisis.

But some Palestinians are convinced that the UNRWA financial crisis is artificial and part of a conspiracy to eliminate the refugee problem.

The radical Popular Front for the Liberation of Palestine (PFLP) said in a statement that the financial crisis was “fabricated and purely political.”

The group claimed that the crisis was a “downright attempt to conspire against the rights of the Palestinians, first and foremost the right of return (for refugees).”

The PFLP accused UNRWA of taking unprecedented measures to cut down its various services to Palestinians in the Palestinian territories and Syria, Jordan and Lebanon. “UNRWA is systematically trying to fabricate a financial crisis for political purposes in order to extort our people and put pressure on them to accept concessions and political solutions aimed at liquidating the refugee issue,” it charged.

Hundreds of UNRWA employees in the Gaza Strip on Sunday staged a protest against the cutbacks and warned against any decision to delay the opening of the academic year. The protesters said they were opposed to any decision by UNRWA that would cause harm to the interests of Palestinian refugees.