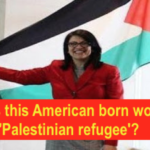 Then-chairman of the PLO in 1966 admitted their policy: Arab States will never absorb Palestinian refugees, and they will remain refugees, “If they try to leave. We [PLO] will stop them, by force if need be.”
– UNRWA has taken 10’s to 100’s of BILLION$ from the West for 70 years to maintain this refugee policy, growing their numbers exponentially to perpetrate the Arab conflict against the Jews.

The Arab states will not integrate the Palestine refugees because integration would be a slow process of liquidating the Palestine problem.

That has been the clear and unapologetic policy of the PLO until this day, even under its guise as the Palestinian Authority. Continue Reading » 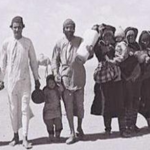 Palestinian ‘Right of Return’ still feasible according to past negotiators 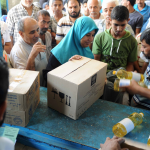 Analysis: The Palestinian right of return issue seemed resolvable under peace talks that stemmed from Oslo and Camp David, according to former U.S. and Israeli negotiators.

The Trump administration in the last month has welcomed Israeli restraint with regard to settlement activity but called “unsustainable” the growing number of people who are officially considered Palestinian refugees.

The sudden sea change in rhetoric is seen as part of the administration’s preparation for the unveiling of the “deal of the century” in which it hopes to resolve the Israeli-Palestinian conflict.

Lebanon’s Foreign Minister Gebran Bassil says his country will never agree to grant Lebanese citizenship to so-called “Palestinian refugees”, in response to reports that the US government would like the countries hosting the “refugees” to grant them citizenship.

“Even if the entire world agrees to naturalization, we will never agree to that, and just as we defeated Israel by removing its occupation [from Lebanon in 2000], we will defeat it with regard to the naturalization plan and the right of return that will remain sacred,” Bassil said in an interview with Lebanese newspaper Al Joumhouria. Continue Reading »

An anthology of reasons why the Arabs detest the Palestinians

The Arab world has never facilitated a move for Palestinian statehood since they’ve long known the Palestinians don’t really want it, not just the kleptocratic leaders and Parliamentarians, that skim for a living, but also the refugees that pay fewer taxes, receive free food staples, free health & education.
– So why kill the “refugee” goose that lays the golden eggs?

In Israel, and in much of the Western world, we tend to think that the Arab world is united in support of the Palestinians, that it wants nothing so much as to solve the Palestinian problem by giving them a state, and that all the Arabs and Muslims love the Palestinians and hate Israel. Continue Reading » 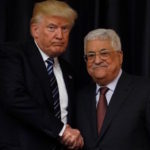 As published in the Israeli media, come September, Trump is going to denounce Palestinian claims to a “right of return” to Israel. Continue Reading » 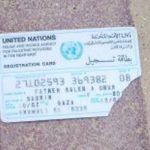 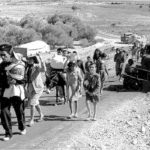 Lawmakers say the report could impact how the U.S. Continue Reading » 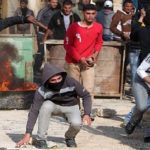 “The UK will deliver financial support to UNRWA earlier than originally planned, releasing £38.5m to the Agency which includes £10 million on top of the £28.5 million package of support announced by Minister Burt at the Extraordinary Ministerial Conference on UNRWA in Rome in March.” Continue Reading »

With eye on indoctrination, the official logos to six different UNRWA financed schools include the UN logos along with map of Israel replaced by Palestine.