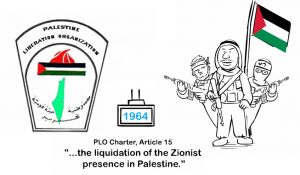 During a visit to the Al-Shati “refugee camp” in northern Gaza on March 2, al-Agha emphasized the importance of the Arabs putting aside differences and joining forces to end the “occupation” in Judea and Samaria. He also said the Arabs need to fight Israel’s attempt to “Judaize” Jerusalem.

In his speech, al-Agha mentioned the “unfortunate” Balfour Declaration and insisted Britain compensate the “Palestinians” for the Balfour “crime” by recognizing and supporting a Palestinian state.

In December, Britain rebuffed Abbas’ demand the country apologize for the Balfour Declaration.