WASHINGTON – US President Barack Obama joined a long line of leaders, nations and organizations calling for a moment of silence in memory of the 11 Israeli athletes killed in the 1972 Munich Massacre at the London Games‘ opening ceremony.

This marks the height of a global campaign to break the International Olympic Committee’s (IOC) objection to commemorate the Munich Massacre victims at the Olympic opening ceremony.

“We absolutely support the campaign for a minute of silence at the Olympics to honor the Israeli athletes killed in Munich,” National Security Council spokesman Tommy Vietor said. 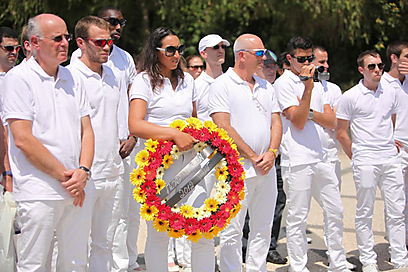 The US has previously expressed its support for the minute of silence campaign. On June 25, Senate passed a resolution calling on the IOC to honor the victims’ memory. A similar resolution also passed the House of Representatives’ Foreign Affairs Committee.

On Thursday, Jewish Representative for New York’s 17th congressional district, Eliot Engel, expressed his hope that Obama’s step will induce the IOC to change its mind.

NBC sportscaster Bob Costas said he will call out the IOC for denying the request and promised to personally protest the move “I intend to note that the IOC denied the request,” he told the Hollywood Reporter.

“Many people find that denial more than puzzling but insensitive. Here’s a minute of silence right now.”